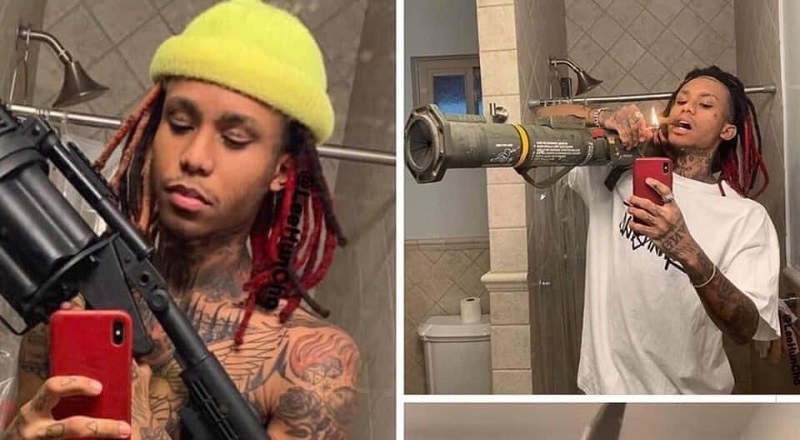 A year ago, Lil Gnar got locked up, over posting a photo of himself holding a rocket launcher. Until that point, things were going well for him, as he’s a rising star. But, that moment led to everybody clowning him, even Akademiks.

Lil Gnar has kept a low profile, since the rocket launcher incident. But, this is the internet, the place where nothing really dies. Not even a full social media scrub can stop things from returning to the light, which is something Lil Gnar is learning.

Presumably, this is the same Lil Gnar photo from last year, right here. It would be a terrible situation, if it isn’t, seeing what the first photo posting did for him. But, the photo of Lil Gnar holding a rocket launcher has gone viral on Facebook, after a person not familiar with the rapper posted it, asking why.

More in Hip Hop News
Dame Dash on building his empire, what he saw in Kanye West, business with Jay-Z, and a lot more with Big Boy [VIDEO]
Houston Rapper Young Lyric Confirms Relationship With NBA Youngboy Again After Being Seen With Him Leaving His Court Appearance