Home » Hip Hop News » Lil Kim calls out 50 Cent, for saying her daughter’s eye is messed up, after he thought Kim dissed Nicki Minaj’s son, in “Plan B” remix 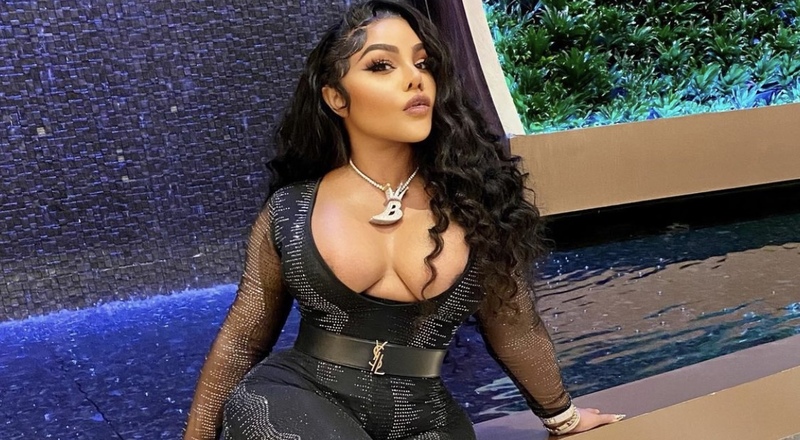 On Thursday, Lil Kim released her remix of Megan Thee Stallion’s “Plan B” single. Some of Kim’s lyrics caught the attention of many, as some believed that she was dissing Nicki Minaj. These were regarding the lyrics “Your father’s a b*tch your brother’s a b*tch. Keep acting like this and your son ‘gon be a b*tch.”

However, this soon led 50 Cent to clowning Lil Kim on Instagram, by trying to get Nicki to clap back at her. 50 clowned Kim’s daughter, Royal, by posting a mashup photo of Kim looking like an owl, as he did before. 50’s caption read “QGTM @nickiminaj you better light her ass up i’m watching. she said something about the baby, 🤷🏽‍♂️her baby eye fvcked up. 🤪LOL.”

But, to no surprise, Kim ended up catching 50’s post, and quickly replied. She explained that she wasn’t speaking on anyone’s child, and that 50 taking a dig at her own child is “disgusting.” Kim went on to claim that she is one of the most disrespected legends in the game, and that she won’t allow anyone to disrespect her child. Kim also added that she is surprised that people are surprised at what 50 is trying to do, to get attention.

Check out Lil Kim and 50 Cent going at it on Instagram, over her “Plan B” remix lyrics, below.

More in Hip Hop News
Nick Young jokes that Blueface has been getting beat up by Chrisean Rock, and that’s why their upcoming boxing match got canceled [VIDEO]
Saweetie speaks on Lil Baby dating rumors and Chanel store pic [VIDEO]