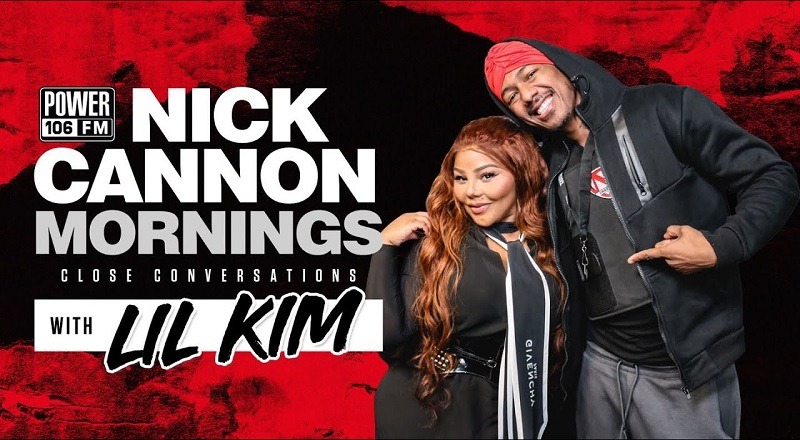 Originally, Lil’ Kim was supposed to have only taken a four year hiatus, but things changed. Following The Naked Truth, Lil’ Kim’s relationship soured with Atlantic Records, her longtime label home. This led to her going independent, dropping her single, “Download.”

The song was embracing the forthcoming era of social media, but the song didn’t connect. That led to her album, which was on the way, being shelved. Then, Nicki Minaj came, in 2010, and filled her lane, sparking longstanding beef, as Kim claims Cash Money consulted her.

Lil’ Kim made her return to music in 2011, delivering the Black Friday mixtape, filled with Nicki Minaj disses. That project, a mixtape, ended up selling 1 million copies, and she returned in 2013-2014 with another mixtape that charted. Now, she has released her first album, in a generation, to mixed reviews.

Visiting Power 106, in LA, Lil’ Kim sat down with Nick Cannon, where she discussed her album. She also spoke on spirituality, and reconnecting with Trina. As both have dealt with the loss of a parent, they bonded over that situation.

More in Hip Hop News
Nikki made her return to #LHHH, last night, and Twitter was shook looking at her body, with the balloon booty, skinny legs, and her trying to walk in those heels
Eliza Reign continues beef with Future, her alleged baby daddy, launching website, justtakethetest(.)com, and selling 1-800-DEADBEAT t-shirts