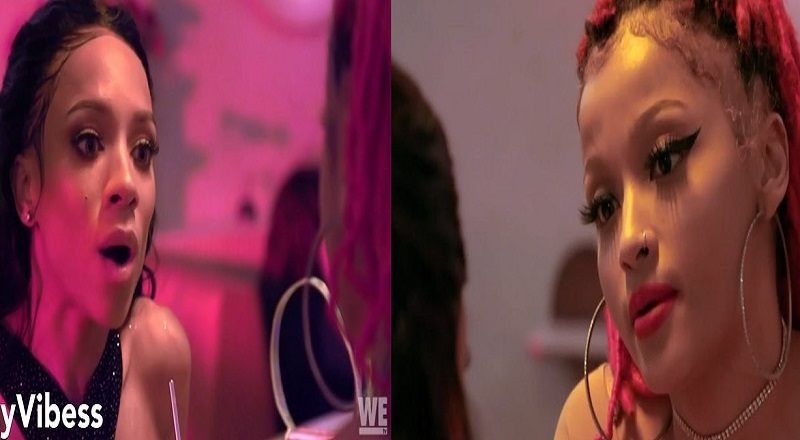 These kids are learning being the children of hip hop legends means next to nothing. Like those who have come before them, they have to work hard to prove themselves. In the case of Siaani, she is the daughter of Charli Baltimore, and she looks just like her.

Unlike her mom, Siaani doesn’t rap, she is a DJ, and her mom is her manager. Somewhat shading her mother, Siaani said her mother hasn’t been present, as a manager. This has led her to turn to Madina, who put her on with DJ Kid Capri, but she bombed the meeting.

Siaani met up with Lil’ Mama for drinks, to talk it all out. While Lil’ Mama did offer her some advice, and a gig, it looked like she was offering something else to Siaani. There was definitely flirting going on and the fans on Twitter caught all of that and wanted to see more.

Read the tweets about Lil’ Mama and Siaani below:

More in Hip Hop News
JoJo Simmons gets clowned by Twitter over his arrest, as fans say he should stick to being the peace maker, voice of reason, and giving words of wisdom like Rev Run #GUHHNY
Irv and Charli finally cleared the air and Twitter is shocked Gotti admitted to being wrong + They think he admitted to smashing Ashanti, asking if “Rain on Me” is about him, and Twitter thinks he’s LOUD with a lot of personality #GUHHNYY