Home » Hip Hop News » Lil Mo is trending in 2020 and fans are here for it, saying they don’t know why, but it’s because of her new single, “Drop It Low,” with Jessica Dime, which “The Breakfast Club” just played 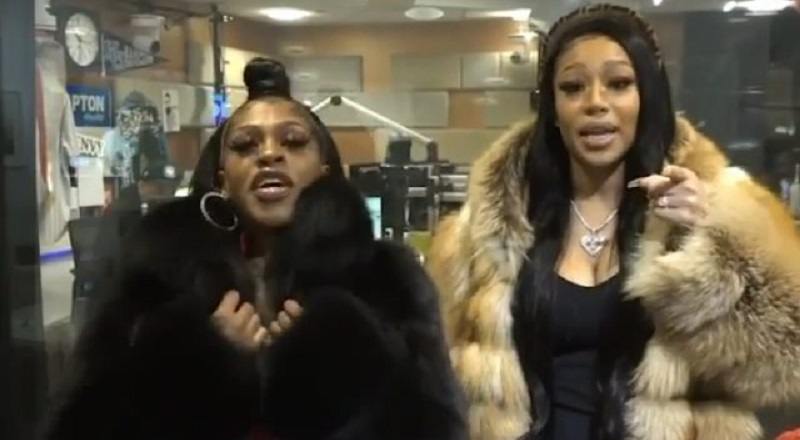 Nope, this is not a joke, this is real life, right here. Yes, Lil’ Mo is trending on Twitter, but no, nothing crazy has happened. In the eyes of most, 2020 has gotten off to a great start, as Lil’ Mo is actually out here trending because of music.

Lil’ Mo dominated the early 2000s, best-known for her collaborations with Ja Rule and Fabolous. Since 2010, though, Lil’ Mo has made a name for herself on reality TV. Last year, she did “Marriage Boot Camp” with other ex-“Love & Hip Hop” stars.

Recently, Lil’ Mo and Jessica Dime, her former “Marriage Boot Camp” co-star, put out a new song. The track is called “Drop It Low” and fans on Twitter are saying the song is FIRE. This song premiered, this morning, on “The Breakfast Club.”

Read the tweets about Lil’ Mo below:

More in Hip Hop News
Cassidy Gets Destroyed in Rap Battle Vs New Jersey Rapper Arsonal in His Hometown of Philly as Fans Boo Him Off Stage [VIDEOS]
Chance The Rapper gets put on blast by Uber drivers, who accuse him of being a BAD TIPPER [PHOTO]