Home » Hip Hop News » Lil Tjay and Rubi Rose show each other off on Instagram again, after Rubi claimed in 2020 that Tjay flew her out, and didn’t get her a flight back home 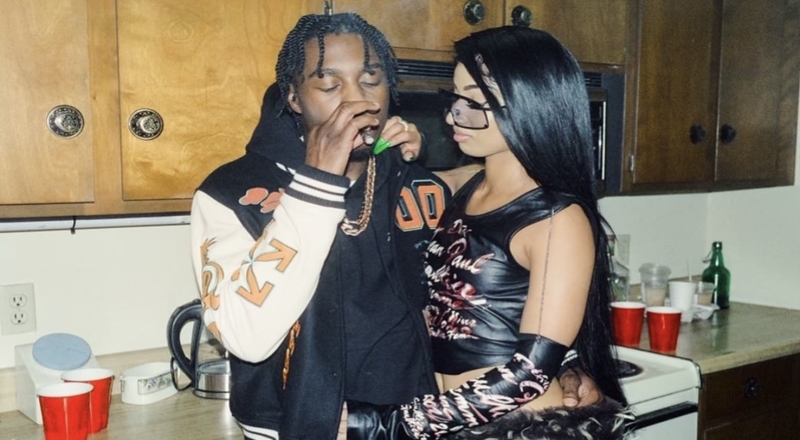 Rubi Rose and Lil Tjay seemingly get back together

Many remember back in May 2020, the drama that Lil Tjay and Rose displayed on social media. At the time, Rubi was seeing the Bronx rapper at the time, and claimed that he flew her out to see him, but refused to get her a flight back home. Tjay ended up defending himself, and said he did get Rubi a return flight. Police were also reportedly called to the home.

Now, it appears that Tjay and Rubi are seeing each other, once again. A few days ago, Tjay posted a video of them two flashing smiles, as they were preparing to go to bed. In another photo posted to Tjay’s Instagram feed, he said that Rubi is too “solid and real,” and that he appreciates her.

These posts also come in the midst of Tjay releasing his new “In My Head” single today, as Rubi also appeared in the video for it. In 2021, he also put out his sophomore album, “Destined 2 Win.” That project debuted at number five on the Billboard 200 chart. Destined 2 Win is certified gold in the US, as it also contained collaborations with Polo G, Fivio Foreign, Polo G, Saweetie, and more. It was led by the hit single, “Calling My Phone,” featuring 6LACK.

In late February, Rubi also released her first single, “I Like.” This was also the first music video that she directed.

Rubi Rose and Lil Tjay seemingly get back together