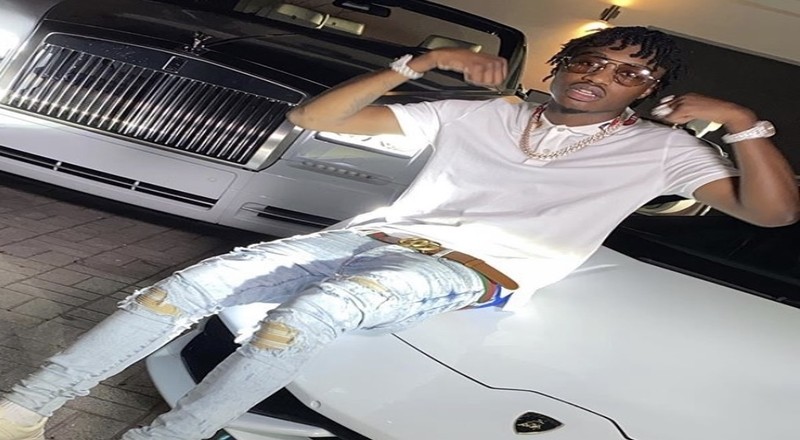 19-year-old Bronx rapper, Lil Tjay has been making a lot of noise on social media since Friday for no reason. He allegedly flew Rubi Rose out and didn’t pay for her flight home and said that he had sex with Chinese Kitty while pointing to the claim that she wanted to do it in the closet while her son was there.

Tjay appears to be the new Tekashi 6ix9ine when it comes to trolling as he’s taking shots at 6ix9ine and fellow Bronx rapper, A Boogie Wit Da Hoodie. He announced on Twitter and Instagram that he has a new mixtape dropping on May 8 titled ‘State of Emergency‘ and his captions clearly go after 6ix9ine and A Boogie. Tjay also believes he’s the new king of New York.

“FUCK ALL THT OTHER SHIT GOING ON RN SHIT IRRELEVANT😒ONLY THING I KNOW IS IM SHUTTING THE STREETS DOWN FROM NOW ON IM THE KING OF NY!! ALL THAT OTHER NA NA NA SHIT ND SNITCH RAINBOW HAIR SHIT GOING ON IN MY CITY A DUBB! THE REAL GON UNDERSTAND..NY STAND TF UP🗣🗣😈🔥#MAY8th!!”

Lil tjay puts it on his dead homie grave that he almost had a run in with a boogie baby moms “Ella” at the mondrion pic.twitter.com/gTm606Jbis