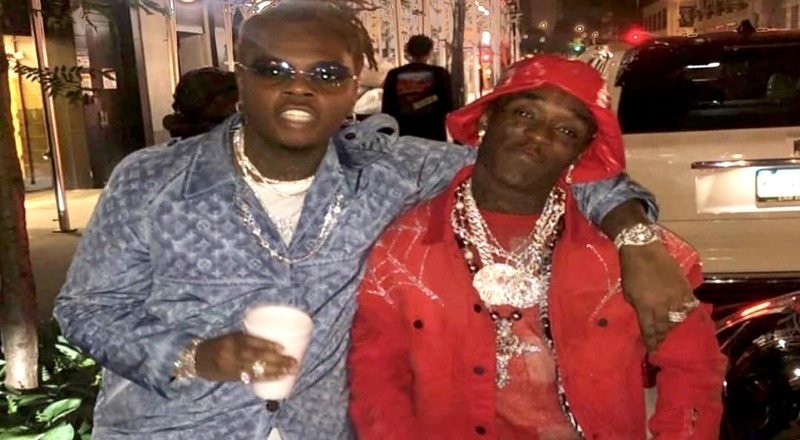 Lil Uzi Vert celebrated his 25th birthday party in New York City last night and it definitely looked like a movie. It all went down at Magic Hour Rooftop Bar & Lounge as Jordyn Woods, Bernice Burgos, Wale, Gunna, Casanova, and more were all in the building.

Uzi came to the party in style as he bought Floyd Mayweather’s old 2012 Bugatti Grand Sport. This was owned by the Money Team boss prior to his 2017 mega fight vs Conor McGregor. $10,000 worth of customized work was done to this one as requested by Uzi. The car was bought by Uzi for $1.7 million. When Mayweather originally got it, it was listed at $3.3 million. Uzi spent another $20k in order for it to get shipped from LA to NYC in time for the party.

At Magic Hour, there were Uzi-themed cocktails as the party theme was “Dripping Green & Diamonds.” Candy, sushi, cotton candy, popcorn and pretzels were all available at the party as well. Fans are also still wondering when Uzi will release his highly anticipated “Eternal Atake” album which has seen numerous delays due to label issues. Uzi had previously said that he retired from music earlier this year but that may not be the case.

Check out a photo of the Bugatti below, courtesy of TMZ.

More in Hip Hop News
Saweetie performs in front of sold out crowd in Charlottesville, Virginia [VIDEO]
Khia’s entire breasts get exposed during an IG Live feed, when she’s talking and lifts her arms to expose her entire cleavage [PHOTO]