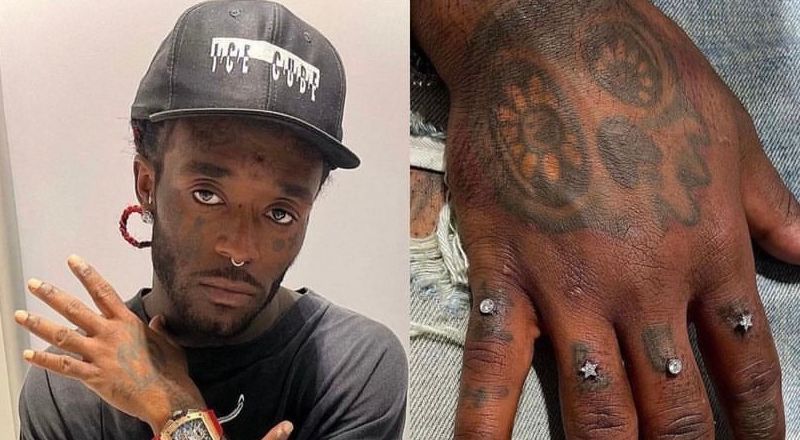 Lil Uzi Vert has a new set of diamonds to add to his ever growing jewelry collection. The hip-hop artist took to social media to show off his hand with a diamond pierced on each knuckle. Adding these to his other piercings brings his total to eight.

Lil Uzi Vert became an international superstar before the age of twenty-five. Bringing an emo/alternative appeal to rap and hip hop he quickly rose to fame for his original sound and vibe. He’s worked with some of raps biggest stars including Gucci Mane and Migos and was also featured in the 2016 XXL Freshmen Class.

Aside from Lil Uzi Vert’s bigger than life sound, his style and appearance has kept him a trending topic. Last February he had a USD pink diamond implanted on his forehead. The diamond cost $24 million, with Lil Uzi expressing “beauty is pain” via Instagram following its debut. Unfortunately the diamond was ripped out of his head by fans at a concert a few months after he received it. Although drastic at times, Lil Uzi Vert has never been scared to express himself freely and openly.