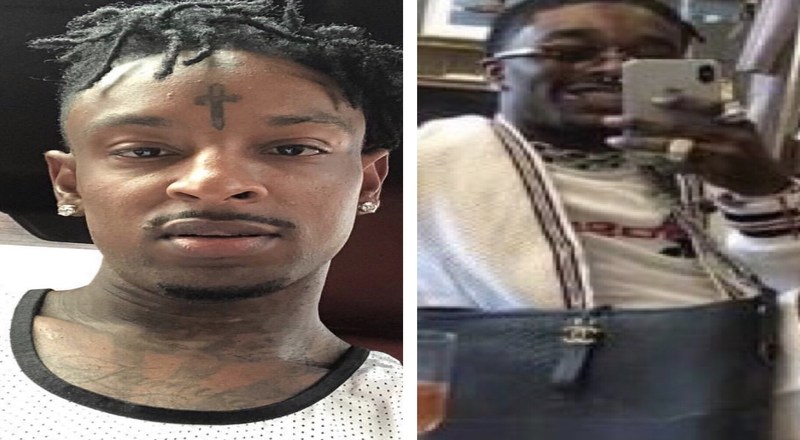 Lil Uzi Vert released his new banger “New Patek” in September and is preparing for his sophomore album “Eternal Atake.” There have been particular lyrics in the record that signals that Uzi took shots at 21 Savage. Fans are still buzzing about this beef.

Earlier this year, Uzi posted a photo to Instagram with Young Thug and 21 took shots at his sexually by commenting “Yall gay.” In “New Patek,” Uzi appeared to issue a response with the lyrics “I Put the M in a J. I got a bae in the Bay. I f*cked on that n*gga little b*tch. That’s the reason he tryna say I’m gay.”

Uzi looks to be making the bold claim that he smashed Amber Rose at the time that 21 was dating her. Amber has been known to date numerous rappers and athletes over the years so this claim being true would not be much of a huge suprise. Check out 21 Savage’s original post dissing Lil Uzi Vert and his response on New Patek.

More in Hip Hop News
Shaniqua Tompkins, 50 Cent’s baby mama, fires off on him about saying he wouldn’t care if Marquise got hit by a bus, and referencing his #Power character, Kanan, killing his son, saying she wished he kept the same energy with the guys who shot him [PHOTO]
Miss Nikki Baby re-ignited #LHHH feud with Masika, after Masika shaded her in an IG Story Q&A, clowning Masika for never being claimed by Mally Mall and questioning if Fetty Wap is even really her baby daddy [VIDEO]