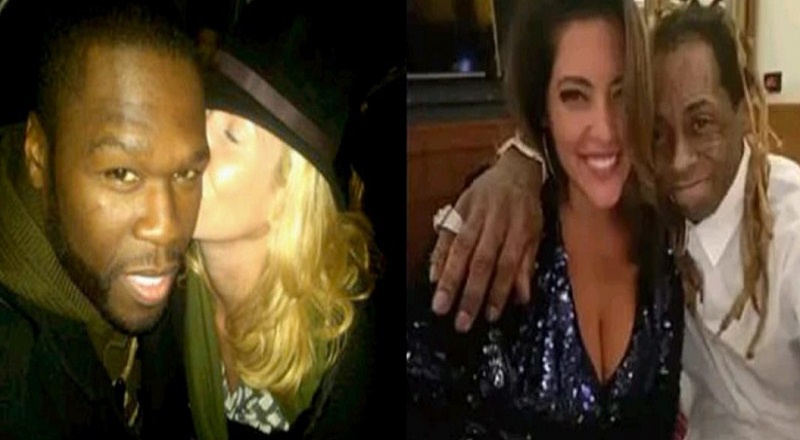 Young Money Radio has been rolling smoothly as 37 year-old New Orleans native, Lil’ Wayne aka Tunechi, has star studded appearances from the music industry to the sports arena on air to discuss different happenings on and in society and the culture on Apple radio. Starting from “home,” Wayne has interviewed the likes of Nicki Minaj,  Drake, Eminem, DJ Khaled and more. As the show has grown, it can also be viewed on streaming platforms such as YouTube, Hulu, Netflix, Roku, and AppleTV.

Making headlines has been quite common for Young Money Radio, as the show can go on for more than an hour and a half and with transparent conversations between the host and guests that have no limits. Most recently, 50 Cent joined Tunechi as he recalls first meeting with Pop Smoke, praises Cash Money’s success and much much more. At a point in the conversation the two begin speaking about women — black women in particular, as they share the same perspective that black women are not ‘exotic’ enough for them.

“You see alot of sisters they get mad. They get angry.. ‘You’re messing with this kind of girl? And that kind of girl? THAT SH** IS EXOTIC!!”

50 Cent proclaims with passion as Wayne doubles over in laughter.

He goes on to explain as Wayne agrees with a devilish grin. Although the rappers found this to be hilarious and true for them, many were extremely offended, making mention of how Wayne’s daughter Reginae Carter must feel considering she looks like a ‘girl in the neighborhood’ that the rappers were ultimately trashing. Toya Wright-Johnson, the mother of Wayne’s daughter Reginae, shared a few photos of Reginae soon after the remarks were made on Instagram in support of their daughter, expressing what a beautiful queen Reginae is. The 21 year-old reality star and college student also received love and encouragement from the likes of Lauren London who spoke out against the ignorant remarks as well.

Although both rappers have children with African-American women, they both are known to date exclusively outside of their race. Now they have explained to everyone why that is. 50 Cent’s relationship with Caucasian comedian Chelsea Handler ended last year after rumors that there was too much drama surrounding their relationship. Wayne also recently ended a relationship with a plus size model from France that he was rumored to be engaged to, but has now has gone public with another Caucasian model by the name of Denise Bidot.

What is your take on the comments? Are you offended?

More in Hip Hop News
BLACKOUT Day is an impactful call of action taking place – But can you refrain from spending even one dime tomorrow in solidarity?
Home Depot “Karen,” (Teri A. Hill) in Illinois, who blocked her face, filming people filming her, and said “I’m white and a woman, yes I’m entitled!,” was arrested and charged with battery [PHOTO/VIDEO]