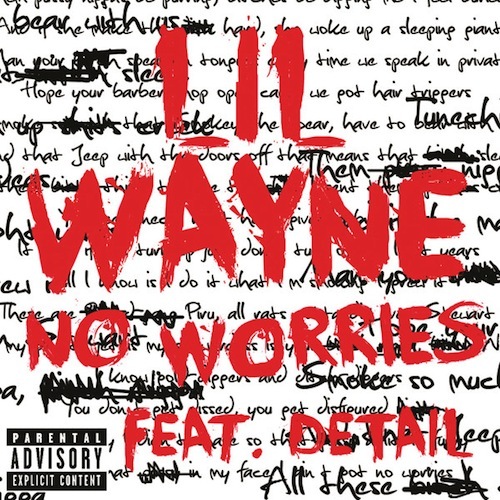 The year of 2012 will ultimately be the first year since 2007 in which an album did not come from Lil Wayne. Initial plans were for Lil Wayne to release his I Am Not a Human Being 2 album before the end of the year. Earlier this month, Lil Wayne announced he would delay the release of the album until sometime next year.

Lil Wayne does not have plans of releasing an album this year, but he will be going forward with the promotion of his album. “No Worries” has been another breakout hit for Lil Wayne and anticipation for the music video was high. Today, MTV revealed Lil Wayne will premiere the “No Worries” music video with them.

Earlier today, Lil Wayne released the official teaser for “No Worries.” The full official video will be released tomorrow evening at 7:53 pm EST. Immediately following the premiere of the “No Worries” music video, Lil Wayne will sit down for a 30 minute interview. This promotion is similar to 2011’s premiere of “6 Foot 7 Foot” with Cory Gunz.

Watch the “No Worries” teaser by Lil Wayne ft. Detail below:

Continue Reading
You may also like...
Related Topics:6 foot 7 foot, cory gunz, i am not a human being 2, lil wayne, mtv, no worries