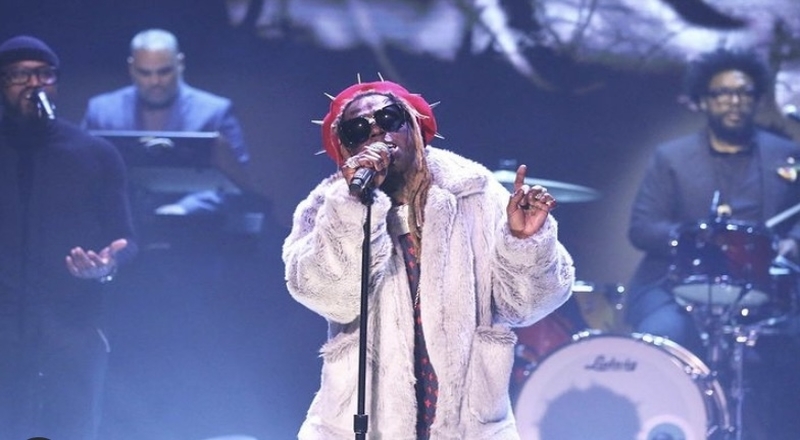 Earlier this month, Lil Wayne plead guilty to illegally possessing a loaded weapon regarding a December 2019 incident where he had a gold-plated Remington 1911, .45-caliber handgun which had six rounds of ammo in it. The exact charge is one count of possessing a firearm as a convicted felon,This firearm was located on a private jet that he was on at Miami-Opa Locka Executive Airport on December 23, 2019.

Wayne was originally supposed to be sentenced in late January but now, a new date has been finalized. According to HotNewHipHop.com, this will be March 3. Wayne’s lawyer, Howard Srebnick, initially requested expedited sentencing on January 28. He then decided to want this pushed back so he could work on the case longer. The new date was finalized by U.S. District Judge Kathleen Williams.

Wayne could face as much as 10 years in prison. With the guilty plea, he hopes to avoid that lengthy sentence. Back in 2009, he was convicted of a felony gun charge in New York. He went on to serve a one-year prison sentence.

Wayne has also released numerous projects in 2020. In January, his 13th studio album, ‘Funeral,’ arrived and debuted at No.1  on the Billboard 200 chart. His classic 2009 ‘No Ceilings‘ mixtape was finally available on streaming platforms in the fall as well. Then, the third installment of No Ceilings was released in November on DatPiff and hosted by DJ Khaled. “Side B” of that mixtape was then put out this month.

Continue Reading
You may also like...
Related Topics:lil wayne

More in Hip Hop News
Gudda Gudda takes to Twitter to say nobody can beat Lil Wayne in a #Verzuz battle, after Young Thug said he wants to battle him
Lori Harvey Refuses To Answer Request on Instagram To Post Who Her Man Is