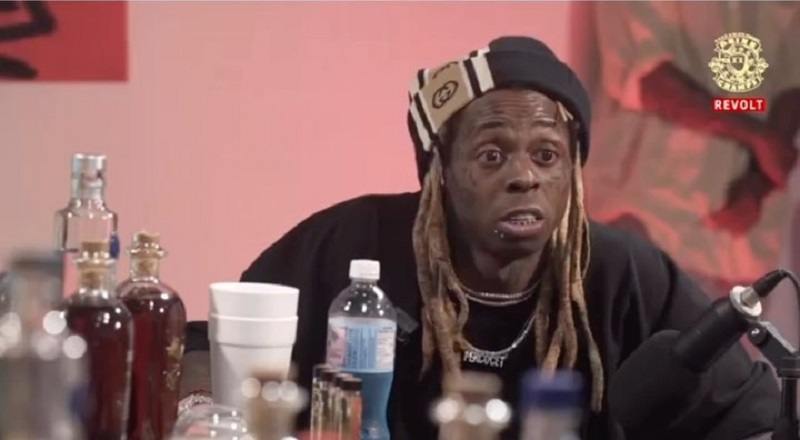 Recently, Lil Wayne went on “Drink Champs,” where he talked about everything. Admitting he and Birdman did have problems, he said he has no problems with Cash Money. He also confirmed Jay-Z did try to sign him, but, first and foremost, wanted to make sure he was okay.

Addressing the past issues with Young Thug, Lil Wayne said he’s met him, a few times, and it’s been nothing but respect. Wayne brought up a funny moment, where he originally thought 21 Savage was a group. A situation originally tense, soon became one of mutual respect.

Revisiting his 2007 arrest, with Ja Rule, Lil Wayne gave props to him, but said that he was in the wrong, with the police. Moving on from it all, he had nothing but good to say about everyone, while N.O.R.E. ran down his hits. But, the fans noticed Wayne putting something to his nose, which they believe is cocaine.

More in Hip Hop News
Kodak Black Believes He Got Screwed Into 46 Month Prison Sentence; Fighting to get Time Taken Off
Quality Control Music Made Strippers Sign Strict Contract For Miami “Stripper Bowl” as They Had To Be Fully Clothed, Only Received $1,100 Each After Protesting $350, and QC Artists Didn’t Actually Throw $1 Million [PHOTOS-VIDEO]