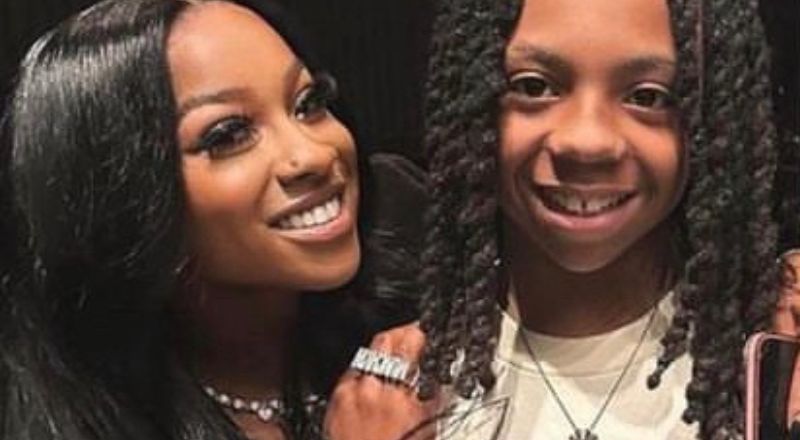 Lil Wayne’s son is looking more like his twin the older he gets. Neal Carter who is the son of rnb singer Nivea and Lil Wayne, hasn’t been in the spotlight as much as Lil Wayne’s other kids. In a recent photo showing Reginae Lil Wayne’s oldest child and Neal, fans saw for the first time how much he looks like his father. Neal who is 13 is the youngest out of Lil Wayne’s four children.

Lil Wayne is arguably one of the greatest rappers of all time. His iconic mixtape reign earned him the title of “best rapper alive”. Famously known for co-founding the record label Young Money Entertainment , he’s also responsible for some of today’s hottest stars. Young Money Entertainment was the first label Drake was signed too along with Nicki Minaj. Although Lil Wayne is known throughout the world as a rap star, he’s also an amazing and devoted father.

Lil Wayne has never hid the fact that he has children. Earlier in his career he often brought daughter Reginae with him to award shows and events. His third oldest child Kameron Carter , who he shares with actress Lauren London is often seen at sporting events with his dad. However, Neal Carter hasn’t been seen too much in recent years, shocking fans in this new photo.