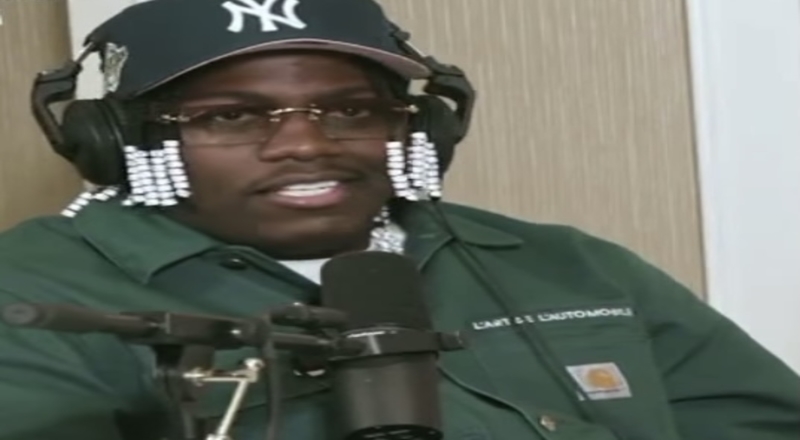 Last year, Lil Yachty released his fourth studio album, “Lil Boat 3.” This project did solid sales wise as it debuted at No. 14 on the Billboard 200 chart. It was also led by the singles “Oprah’s Bank Account” feat. DaBaby and Drake, “Split/Whole Time,” and “Coffin.” The Quality Control Music rapper also recently appeared on the “Million Dollaz Worth Of Game” podcast with Gillie Da King and Wallo as he discussed his monthly finances as well as taking shots at DJ Vlad.

For Vlad, Yachty didn’t hold back. He revealed how he doesn’t do interviews that much anymore. This is due to his words being twisted the way Vlad does to people he brings on for interviews.

“It’s been a minute since I did an interview,” said Yachty. “I hate a lot of interviews because they always twist like—Vlad for instance, he’s a b*tch—I hate n*ggas like him because they take your words and they twist it… Vlad’s a b*tch and he’s a federal agent.”

For Yachty’s monthly expenses, he reveals that he spends $52,000 a month. A lot of this comes from living the rapper lifestyle such as going to nice places and flying his girlfriend out a lot.

“Every month, I got $52,000 in bills. And I have to work. Let’s say I got $13 million in the bank, right? If my overhead is $52,000 every month because of houses and my staff and cars and insurance and all these things I take care of, and all these people, that thirteen will run down because that’s just the bills. I still like to live. I’m still a rapper. I still want to go to nice dinners, fly my girl out, or go to see my girl. We still want to do all these things.”

More in Hip Hop News
Jennifer Lopez revisits childhood home and the man living there asks “You’s who?,” repeatedly saying he doesn’t know her, in clip from 2014, which has gone viral, as fans have Mariah jokes
Saweetie covers Cosmopolitan magazine’s April 2021 cover, days after Quavo breakup, talking Birkin bags, rising to fame in 2017, overcoming the odds, and more