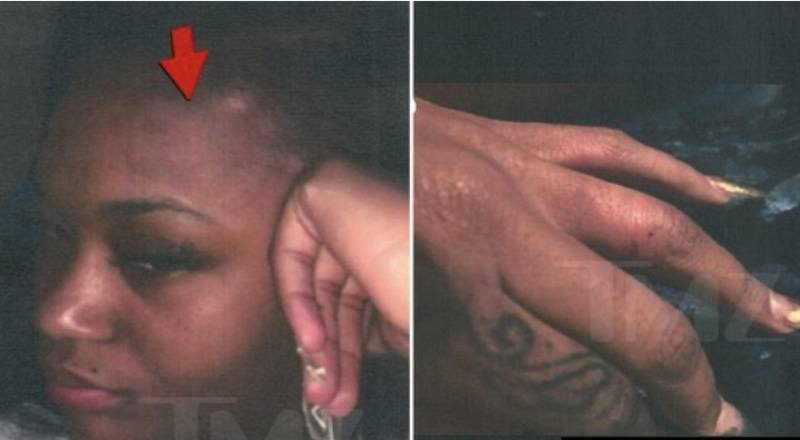 Pierre “Pee” Thomas has built an empire with his Quality Control Music label. He has stars such as Migos, City Girls, Lil Baby, and Lil Yachty on the roster as they continue to win big every single year. He also recently had a baby with IG model, Lira Galore. At the same time, IG model Kaylar Will was also pregnant by Thomas.

Galore is now revealing some disturbing information about what went down during her pregnancy. According to TMZ, Thomas constantly beat her for the first six months of her pregnancy. Court documents state that five incidents took place. One of them resulted in her getting punched in the face, thrown on the ground, getting choked, and getting hit in the head so many times that knots surfaced on her head. The other attacks consisted of being choked and punched.

Galore detailed how back in August 2018, Thomas got her a SUV. The violence continued though as two weeks later, he broke the window of the car and took it away from her so he could put it in his name.

In court, Galore wants $15 million for the injuries she suffered and a restraining order as well. Sole custody of their daughter is also a request. If Thomas did cause these injuries, jail time should be mandatory immediately. Check out another look at one of her injuries below.

More in Articles
NBA Youngboy Disses Ex-GF and Floyd Mayweather’s Daughter, Iyanna, in “Dirty Iyanna,” Which is a Remix of Michael Jackson’s “Dirty Diana” [VIDEO]
The Game says he held a gun on Suge Knight, and his goons, early in his career, after they tried to confront him over some lyrics, and he says it’s been nothing but respect ever since [VIDEO]