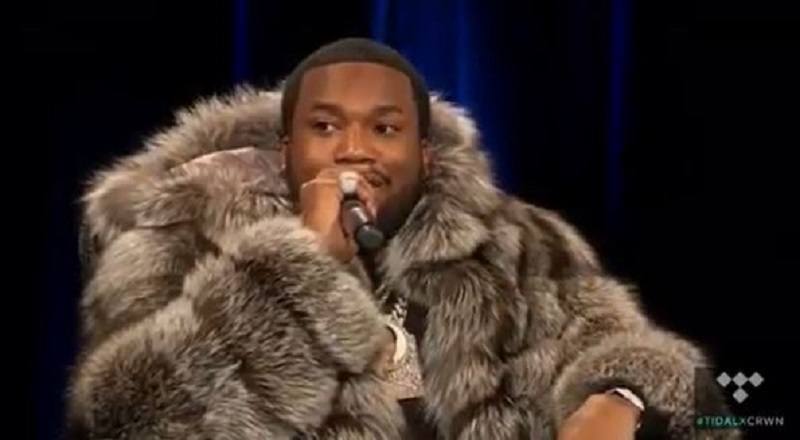 Until the world heard “What’s Free?,” Tyga looked like he would have the biggest comeback of 2018. Not only was Meek Mill being ridiculed by the entire culture, he also went through a prison sentence. When he was released, Meek Mill began fighting prison reform.

Much of his falloff was due to Meek picking a fight with Drake, and then losing. As a hardcore rapper, Meek Mill lost a lot of credibility, seeing how Drake was considered “soft,” at the time.” So, the next thing Meek did, when he got out of prison, was make amends with Drake.

Meek Mill has done his series of media rounds, talking with some of everyone about his prison stint and life after. Now, he comes home to talk on TIDAL, sitting with Elliott Wilson for his “CRWN” interview. Here, he speaks on his comeback, Drake, Jay-Z, “What’s Free?,” prison, Nicki Minaj, and more.

More in Hip Hop News
Porsha Checks Kandi for Talking About Her Man Behind Her Back: “She Should Be Too Busy Selling Penises and Butt Plugs to be Worried About What Dennis Is Doing” #RHOA [VIDEO]
LIVE STREAM: Los Angeles Chargers vs. Pittsburgh Steelers (FULL GAME) #LACvsPIT [VIDEO]