Home » Hip Hop News » Lizzo checks a fan for disrespecting her weight on Twitter, while she was promoting her Yitty line 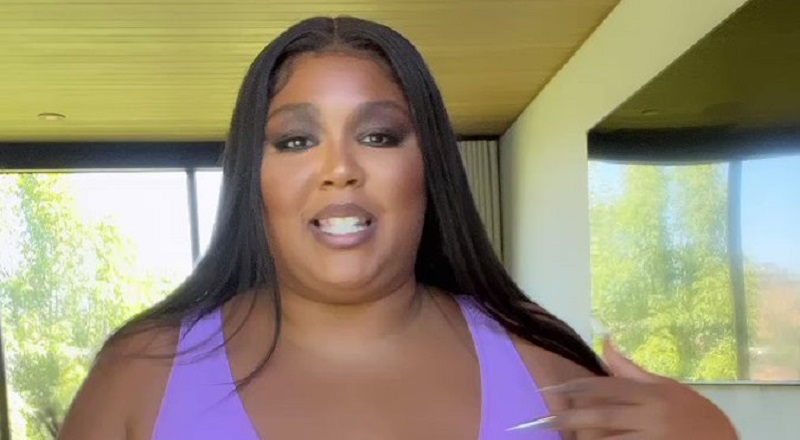 Lizzo checks fan for disrespecting her for promoting Yitty

Lizzo is an artist who changed the game by playing by her own rules. A beautiful woman, Lizzo is a bigger shaped woman. As a result, Lizzo receives a lot of backlash due to her weight. Last year, she had a hit single in “Rumors,” but ended up being blasted over her weight. In turn, Lizzo cried, and social media removed the posts.

Lizzo often shows off her body in unapologetic ways. A lot of people question why. However, when she does it, she always trends on social media. It should come as no coincidence that Lizzo launched her Yitty shapewear line. Recently, Lizzo’s flaunting of her weight landed her comments from Aries Spears, which made headlines.

Lizzo recently took to Twitter, where she shared a Yitty commercial. A man saw the promo and responded to it by calling Lizzo out. Dumping Lil Nas X into the conversation, the man said that he and Lizzo do too much for attention. In Lizzo’s regard, the man said she shows off her weight too much. This is something Lizzo is often accused of. As a result, Lizzo gave the man his fifteen minutes of fame. After his tweet, Lizzo replied to him, telling him she was literally promoting her shapewear line.

Lizzo checks fan for disrespecting her for promoting Yitty