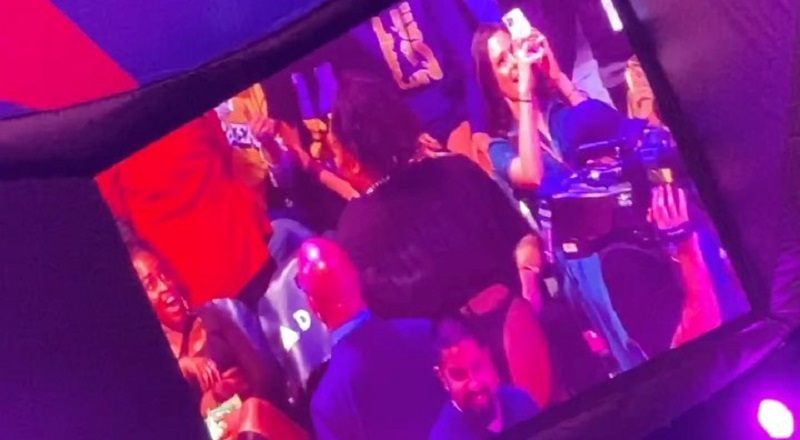 From the moment she made her debut, on the big stage, Lizzo said she was all about positive body images. With that, as a plus-sized woman, she has owned her body. Also, Lizzo has been unafraid to show her body off.

The world was properly introduced to Lizzo, at the BET Awards, just this past summer. For some time, she has dominated radio, with her single, “Truth Hurts,” which she performed, at the show. Tonight, Lizzo attended the Lakers’ game, against her hometown Timberwolves.

During a courtside interview, Lizzo said Karl-Anthony Towns was the player she was rooting for, hinting at a crush. If that’s the case, she definitely gave KAT a show. When the arena began playing “Truth Hurts,” Lizzo stole the show from the Laker girls, showing her booty off in bottomless dress, twerking.

More in Hip Hop News
Virginia Beach woman, Latoya Jones, shares story of how she almost got kidnapped while walking her dog, not far from her home, with random woman making conversation, and a man walking up, grabbing her arm, and dog biting him, allowing her to leave [VIDEO]
Syleena Johnson shows off her jacked, muscular, body, as she’s now heavy into fitness, and competed in a competition this weekend