Home » Hip Hop News » London On Da Track Appears To Troll Summer Walker, By Saying He’s “Honored,” To Be Involved With Her New “Still Over It” Album 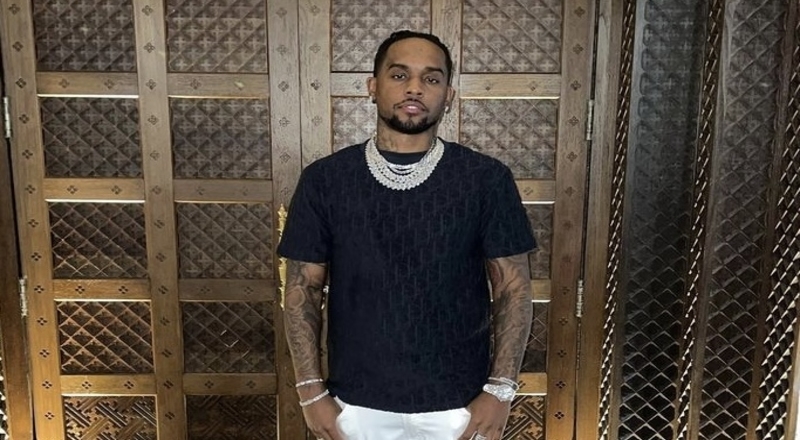 A few weeks ago, Summer Walker delivered her highly anticipated sophomore album, “Still Over It.” This project was led by the “Ex For A Reason” single, featuring JT, of the City Girls. Other appearances included Omarion, SZA, Ari Lennox, and more. Cardi B and Ciara also included narrations.

Still Over It went on to debut at number one, on the Billboard 200 chart, and is also Summer’s first number one album. It was also the highest charting R&B album, by a female artist, since Beyoncè’s “Lemonade,” in 2016. That also reached the top spot.

One of the popular subjects on Still Over It, was Summer’s ex-boyfriend and baby daddy, London On Da Track. The two dated from 2019, through the start of 2021. For much of this album, Summer dissed London, all while London produced many of these songs.

London has since taken pride in being such a discussed topic, as he is also getting compensated for his production. Now, he is shouting out Summer on Instagram, apparently in a trolling manner. London posted the physical copy of “Still Over It,” as he is “grateful,” for being part of it.

“I’m grateful! To all my kids imma continue to go hard for y’all 🙏🏽 i’m also extending congratulations to Summer for breaking records..I’m honored to have been apart of it …looking forward to stepping into Gods next chapter.. slatty 🐍 #STILLOVERIT 😎”

Check out London On Da Track showing Summer Walker love, for “Still Over It,” below.

Continue Reading
You may also like...
Related Topics:featured, london on da track, Still Over It, Summer Over