Home » Hip Hop News » London On Da Track speaks up for Summer Walker, after she gets backlash for #SoulTrainAwards acceptance speech, saying her anxiety makes her hard to read, but her heart is an open book to those who know her 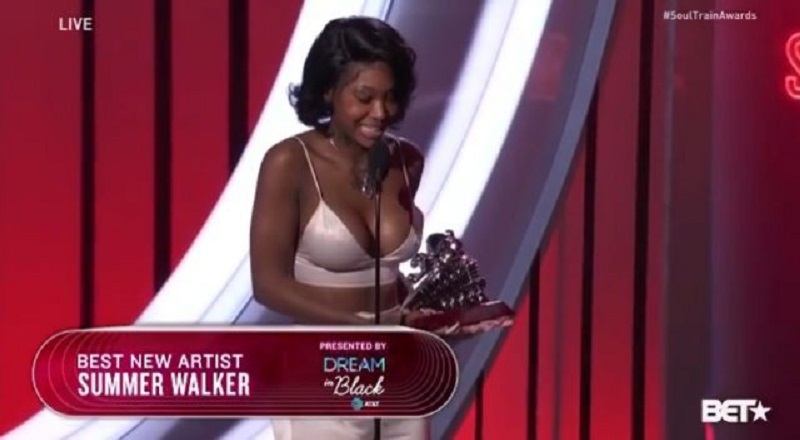 Last night, Summer Walker won Best New Artist, at the Soul Train Awards. Given how rough social media has been on her, it was almost a given that she would face criticism. Cancelling her tour, Summer Walker shared with the world that she has social anxiety.

Despite social anxiety being a real thing, Summer Walker got dragged by the fans. Obviously, that hindered the process more than it helped, as Summer Walker found her every action scrutinized. This made for an awkward moment, last night.

Summer Walker already opened up to fans and they hurt her in response to that. Already having anxiety, Summer Walker attended the Soul Train Awards, where she won Best New Artist, but she wasn’t very expressive in her acceptance speech, leaving Twitter to roast her, again. Her boyfriend, London On Da Track, would speak out, last night, shouting her out for pushing through her anxiety to accept her award.

More in Hip Hop News
Dave East’s official first week sales are in and he debuts at number 11 on Billboard 200, with 24,000 album copies sold
Kandi gets dragged for wanting Kayla out of her room, when she has TWO houses on her estate, and Twitter also wants to know why she doesn’t want her in the strip club with her dad #RHOA