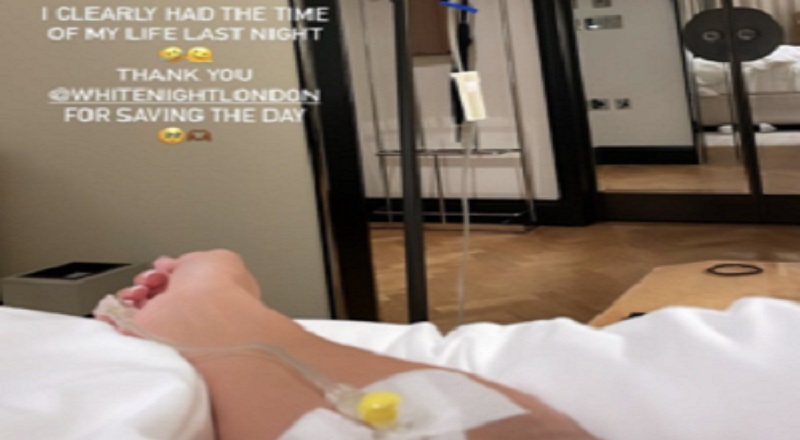 Lori Havey has become one of the most discussed women in the industry, over the past three years. The step daughter of Steve Harvey, Lori has been driving men wild for some time. Not only was she on Meek Mill’s wish list, but Lori Harvey also managed to date Future and Michael B. Jordan in consecutive years.

Lori Harvey is credited for making slender women popular again. During the 2010s, the appreciation for thick women took over. Everybody had a thing for the women with the large hips and chest. However, Lori managed to break through all of that, and she had several high profile men vying for her attention. This was evidenced by her name being dropped on number one records.

Lori Harvey is currently single, after she and Michael B. Jordan called it quits. As a result, Lori had publicly said she is simply now looking to have some fun. With that being said, she is out here enjoying the party scene. Apparently, it was this same party scene that placed Lori Harvey in the hospital. On her IG Story, Lori posted a photo of herself, where she was hooked up to an IV. The photo’s caption reads that she clearly had the time of her life, last night. In addition, Lori thanked one of her friends for “saving the day.”

More in Hip Hop News
Cardi B says she missed out on Call Of Duty collaboration, because of being in court for recent assault case, and couldn’t get to meeting
17-year-old male arrested for allegedly shooting PnB Rock; His father Freddie Lee Trone, is still on the run, and is said to have drove getaway car