Home » Hip Hop News » Luda hasn’t had a hit since Steph Curry’s been in the league, but is performing #NBAAllStar Game intro; Twitter is going in on Ludacris’ performance, saying an LA artist, like Nipsey Hussle should have done it 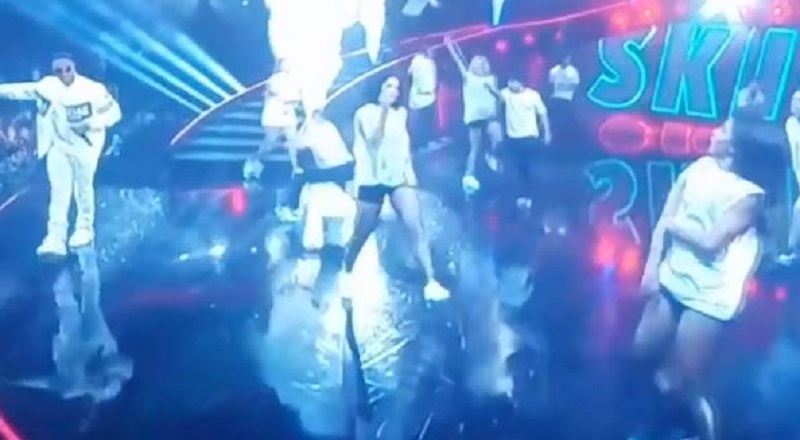 Come on, now, Ludacris is still doing The Fast and The Furious movie, and he made some big records. Yeah, it’s been a while since Ludacris posted a big record. Actually, his last hit was “My Chick Bad,” featuring then-newcomer, Nicki Minaj.

Ludacris’ last hit came when Steph Curry was a rookie, and his team, the Golden State Warriors were an afterthought. This weekend, LA is hosting the NBA All-Star Game. All of the big names have been brought out for the festivities.

Tonight, Ludacris opened the All-Star Game with a performance, alongside Jamie Foxx and Queen Latifah. While the crowd seemed to like it, the fans on Twitter didn’t. The overall gist is that Ludacris is old and doesn’t have it, but Nipsey Hussle is the LA local.

Read the tweets about Ludacris below:

More in Hip Hop News
Moniece spills all the tea, continues airing out Fizz for dating AD’s best friend, Tiffany, who is sleeping with a married woman, who used to sleep with Fizz #LHHH
Fergie just made the National Anthem and sexy and Draymond Green had the most-hilarious response that Twitter can’t get enough of (FULL VIDEO INCLUDED) #NBAAllStar2018 #Fergie [VIDEO]