Home » Hip Hop News » Ludacris disses fake 6ix9ine / Tekashi69 on #WildNOut, saying he’d sign Nick Cannon over Tekashi, because he’s not sure how much time he has left… Twitter explodes and the ladies say Luda is looking good on there 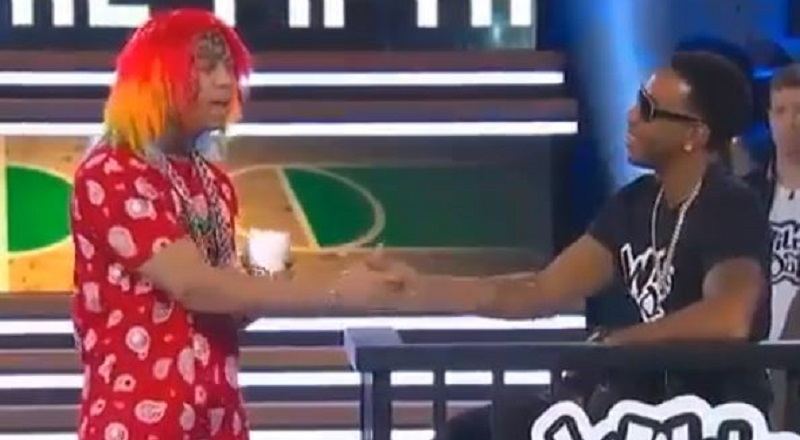 Yesterday, seemingly out of nowhere, 6ix9ine started going in on Ludacris. At the time, nobody knew it was for the same reason that Azealia Banks had beef with Nick Cannon. Minutes later, people learned it was the same “Wild ‘N Out” episode.

Ludacris has been out of the music game for some time, even though he continues releasing albums. The last time Ludacris was a viable artists, making hits was 2010. During his rant, 6ix9ine clowned Luda for his intro on Justin Bieber’s “Baby,” from that year.

Now, MTV just aired the whole reason 6ix9ine came at Ludacris. During a segment of the show, “Wild ‘N Out” had a fake 6ix9ine ask who he would sign, him or Nick Cannon. Not only did Luda pick Nick, he also said he’d do it, because he didn’t know how much longer 6ix9ine would be around and Twitter is going in, but the ladies only care for his looks.

More in Hip Hop News
HHV Video of the Week: Cardi B ft. Kehlani – “Ring”
Azealia Banks gets clowned on Twitter over her getting mad at DC Young Fly, with fans calling her a “keyboard thug,” among other insults for her going off on #WildNOut + DC went IN on ole girl’s teeth