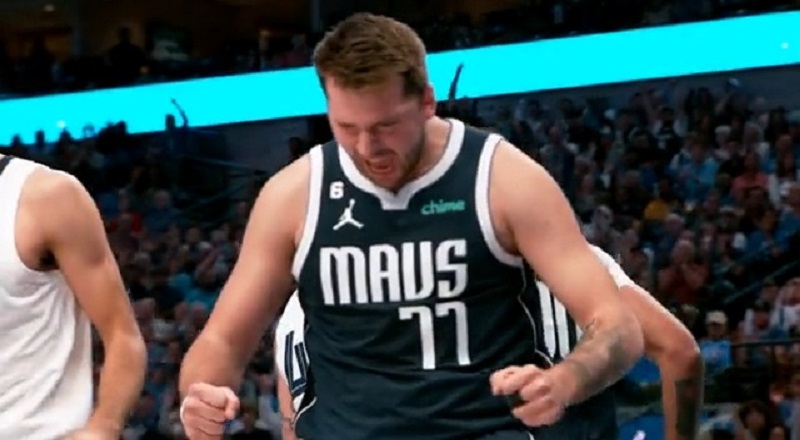 Luka Doncic was slept on, during the 2021-22 season. In his previous two seasons, Doncic’s Mavericks had identical seasons. Their seasons ended in Game 7 of the first round of the playoffs, losing to the Los Angeles Clippers. With the Clippers losing in the Play-In, Luka got Dallas all the way to the Western Conference Finals, where they lost to the Golden State Warriors.

Luka Doncic was overlooked, throughout the season, as Ja Morant put the Memphis Grizzlies back on the map. First, the Grizzlies made noise for their repeated beatings of the Lakers. After that, the Grizzlies went from being top four in the West to usurping the Warriors for the two seed. Briefly, the Dallas Mavericks, led by Luka, overtook Golden State for the third seed. While the Warriors beat the Grizzlies, in the second round, Luka’s Mavs upset the league best Phoenix Suns to make the Conference Finals.

Luka Doncic and his Dallas Mavericks took a hard loss to the Phoenix Suns, on opening night. Early on, against the Memphis Grizzlies, Luka is doing his thing. If this continues, the Mavericks will get an easy win over the Grizzlies. Last season, Ja Morant and the Grizzlies overcame a bit of a slow start to have a successful season. The same can be said for Luka’s Mavs. This year, Luka Doncic is not going for a slow start. Despite the first loss, he is going for a historic night. As a result, Luka dropped 21 points in only nine minutes to start tonight’s game against Memphis.