Home » Hip Hop News » Lyrica Anderson continues the pettiness against K. Michelle and digs up a tweet from December, when she “ruined” K’s release party, of K thanking Lyrica for coming through, and “shut it down” #LHHH [PHOTO] 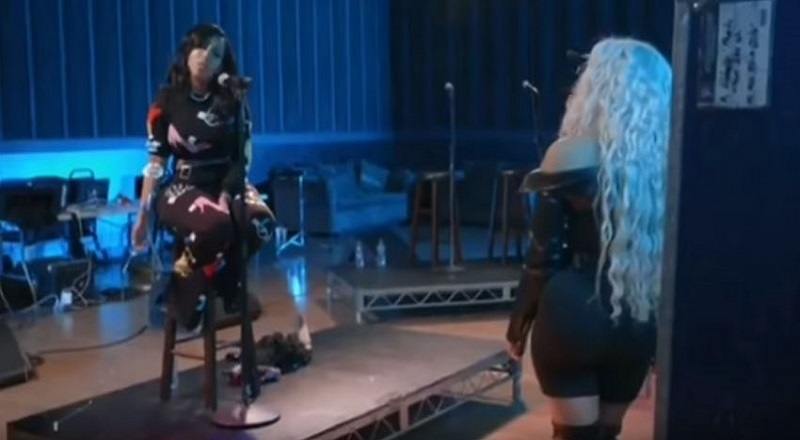 Just a few months ago, all was well with K. Michelle and Lyrica Anderson. With both being rising R&B singers, the two have a lot in common. Plus, Lyrica has hopes of using the “Love & Hip Hop Hollywood” platform to break through.

After all, “Love & Hip Hop Atlanta” gave K. Michelle a huge stage, where she made herself a big name. While she is on “Hollywood,” K has issues with VH1. She has made it no secret that she doesn’t want to be on the show, and will not be on season six.

However, K. Michelle is on season five, where she and Lyrica Anderson have already had a huge fight. The fight is over Lyrica Anderson being an hour late to her listening party. But, Lyrica dug up a December 2017 tweet, where K is giving her props for doing the show, with no problems.

More in Hip Hop News
Lamar Odom announces he is returning to basketball, playing pro ball in China [PHOTO]
John Wall is getting roasted on Twitter for his headshot for Team USA, with fans saying he looks high AF, like Meek Mill, and many more jokes