Home » Hip Hop News » Lyrica Anderson puts Alexis Sky on blast after Sky calls her “hella fake,” saying she always had her back, during #LHHH [PHOTO] 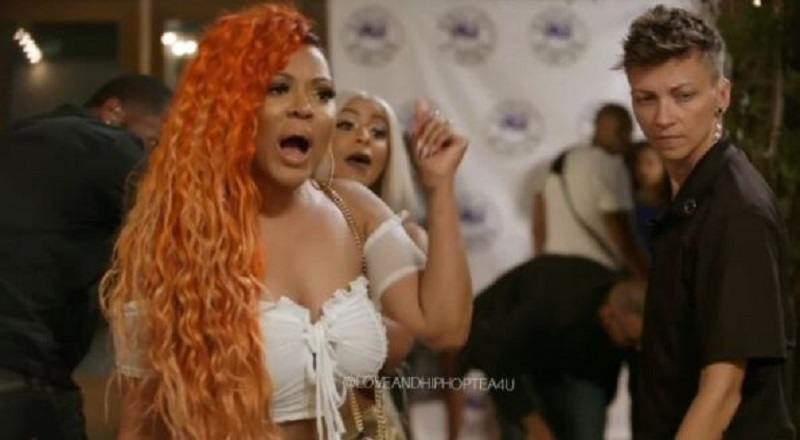 Apparently, it was all good, just a season ago. This past season of “Love & Hip Hop Hollywood” saw Hazel-E FINALLY take a win. After years of ridicule from Masika and Teairra Mari, her sometimes friend, but now firmly an enemy, Hazel-E got her win.

Not only did Hazel-E get friends in Lyrica Anderson, Alexis Sky, and Chanel West Coast, but people also called Masika on her crap. The ladies finally had an even playing field, with two crews. But, there has been in-fighting, all along.

Previously, Hazel-E fought Chanel, and Alexis also had beef with her, before making friends. Now, suddenly, Lyrica and Alexis have problems with each other, despite both disliking Moniece. Apparently, Alexis Sky called Lyrica “hella fake,” so Lyrica reminded everyone of how she had Lex’s back, especially against Misster Ray.