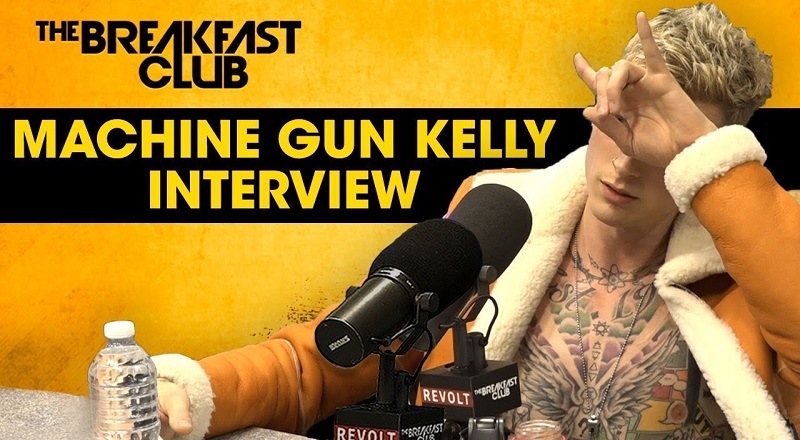 A few weeks ago, Eminem shocked the game with his Kamikaze album, but Machine Gun Kelly quickly made it all about him. Seeing some slights on the album, Machine Gun Kelly addressed it. The Cleveland rapper came hard at Eminem with “Rap Devil,” his diss track.

Machine Gun Kelly was definitely one of the hottest emerging artists in the 2011-2012 period. But, since then, MGK has seen his buzz slowly die down. According to “Rap Devil,” MGK blames Eminem for that, given the control he has over Interscope, MGK’s former label.

This morning, Machine Gun Kelly stopped by “The Breakfast Club,” where he discussed it with DJ Envy, Angela Yee, and Charlamagne Tha God. The conversation was all about why the Eminem feud started, and how he thought it was over. They also went into the G-Eazy/Halsey stuff, without naming names, Mac Miller, and more.