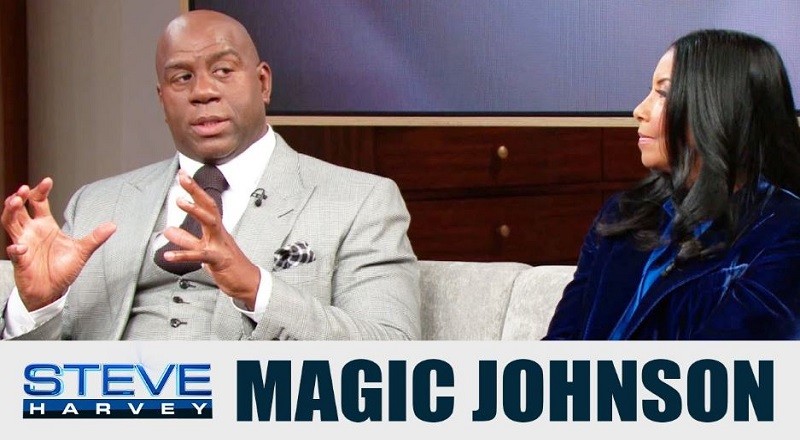 In 1991, NBA fans received the ultimate showdown in the Finals. After years of struggle, Michael Jordan finally led the Chicago Bulls past their rivals, the Detroit Pistons. Immediately, it became Magic vs. Michael, as his Lakers also returned to the Finals.

After Michael Jordan won his first title over Magic Johnson, fans looked forward to a rematch. Instead, before the start of the next season, they had Magic Johnson announcing his retirement. Along with this, Magic revealed he had HIV, which shocked the world.

Magic Johnson, along with his wife, Cookie, and son, EJ, all sat down with Steve Harvey for “The Steve Harvey Show.” During the interview, they discussed Magic first telling the family he had HIV. They also discussed the hard time they had when EJ first came out.

Watch the interview clips below: