Home » Hip Hop News » Magic Johnson is doing an interview, at the #SummerLeague playoffs, about the new-look Lakers, but all the fans care about is the hot blonde sitting behind him 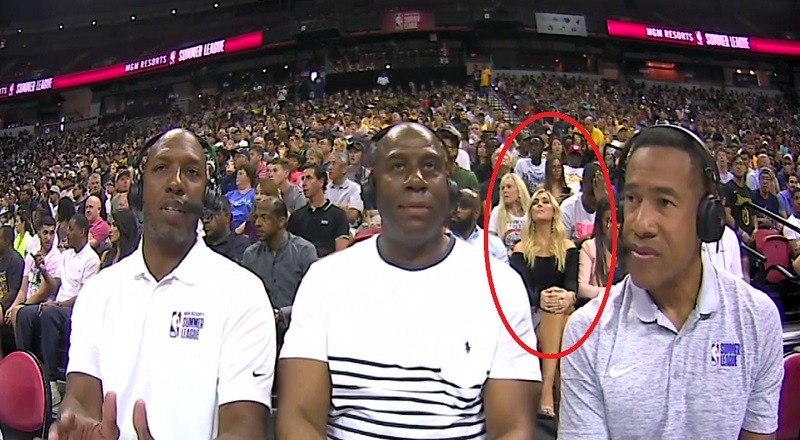 People can say what they want to about Magic Johnson being the GM, but he pulled something huge off. He got LeBron James to join the Lakers and, unlike the Miami Heat, this isn’t even a playoff team. It’s been five years since the Lakers made the playoffs.

Unlike most emerging teams, the Lakers will be expected to compete for home court advantage, not just a playoff spot. Much of this is due to the addition of LeBron James to the roster. Competition will remain stiff, from Houston and Golden State, though.

Magic Johnson was doing an interview with Chauncey Billups, during the Summer League playoffs. They were asking him about the Lakers, heading into the 2019 season. While he was talking, the fans on Twitter were talking about this blonde, in the back, with one person even commenting on her “great legs.”

More in Hip Hop News
HHV Exclusive: Ashanti talks joint album with Ja Rule, promises vintage sound, plus new styles
Kawhi Leonard to the Toronto Raptors and DeMar DeRozan to the Spurs; Twitter finds this hilarious, saying Pop did this all because Kawhi was a cry baby, but hopes Toronto doesn’t get finessed, and fans also have LA jokes