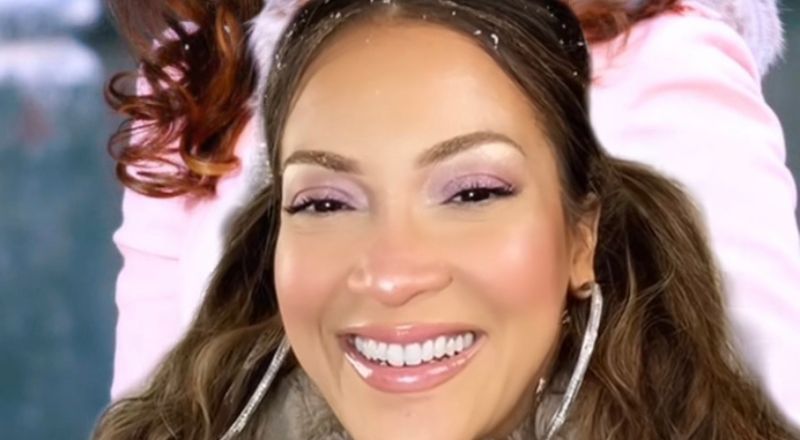 A New York City woman is going viral for her celebrity look-alike. The Dominican makeup artist is going viral for her strong resemblance to Jennifer Lopez. In a new clip, via Instagram, the makeup artist named Eve is seen recreating a look from the 2002 video “All I Have.” In a very creative way, she does an amazing job even including fake snow to replicate a scene from the video. The final result of the video shows the two women looking almost identical, with social media followers tagging Jennifer under the post.

Jennifer Lopez is one of the most iconic women in Hollywood. As a Latina woman she changed what representation looked like in music, film, and entrepreneurship. Since the 90s, Jennifer has graced the television and movie screens with her talent. Recently, she’s been promoting her new album, This Is Me… Now, a follow-up to her 2002 album, This Is Me…Then. She discussed this in a new interview on Apple Music.

Jennifer Lopez has remained among the most influential people in the world. Evidence of this is how the makeup artist, Eve, is showing off her resemblance to J.Lo. The makeup artist posted several videos, recreating iconic Jennifer looks. Each of the videos have surpassed 100k in views.

Continue Reading
You may also like...
Related Topics:featured, jennifer lopez

More in Hip Hop News
Black man evades four cops on foot, crossing them up, and running off; Cops give up on chasing him [VIDEO]
Mother beats a raccoon who attacked her five-year-old daughter, while she was waiting for the bus