Home » Hip Hop News » Malcolm-Jamal Warner blasts FOX for putting the hyphen in his name in the wrong place, despite him starring in a show on the network [PHOTO] 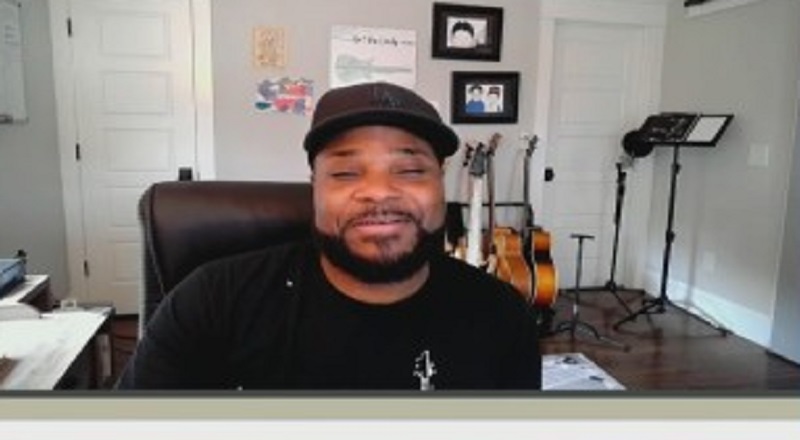 Malcolm-Jamal Warner rose to fame as a child actor on “The Cosby Show.” During that time, Warner learned the business from in front of and behind the camera. After the show ended, Malcolm-Jamal Warner also got a producer credit for every program he participated in. Not only that, but also the name “Malcolm-Jamal” became popular for young men born in the late 1980s and early 1990s.

Malcolm-Jamal Warner managed to remain a relevant figure in the culture for nearly forty years. After “The Cosby Show” ended, he produced and starred in “Malcolm & Eddie,” which was another success. The series ran for four years and it introduced the world to Malcolm-Jamal Warner playing a full fledged adult. In addition, many stars from “The Cosby Show” had roles on his new series. Since then, Warner has taken on acting roles, such as “Resident” on FOX.

Malcolm-Jamal Warner recently did an interview with Fox 2 about “Resident.” When the interview was shared, Warner saw it on Twitter. However, he was not particularly thrilled with what he saw. After one fan shared the link, Malcolm Jamal-Warner quote tweeted it. The interview spelled Warner’s name as “Malcolm Jamal-Warner,” which would indicate that his last name is “Jamal-Warner.” In actuality, his first name is the hyphenated “Malcolm-Jamal.” As a result, Warner called out the FOX affiliate for getting his name wrong, in spite of him starring in one of the network’s biggest shows.

More in Hip Hop News
Takeoff mural has been added in Atlanta off the Atlanta Beltline, near Old Fourth Ward [PHOTO]
Daja Woodard, of Jackson State University, goes viral for one handed dunk during practice [VIDEO]