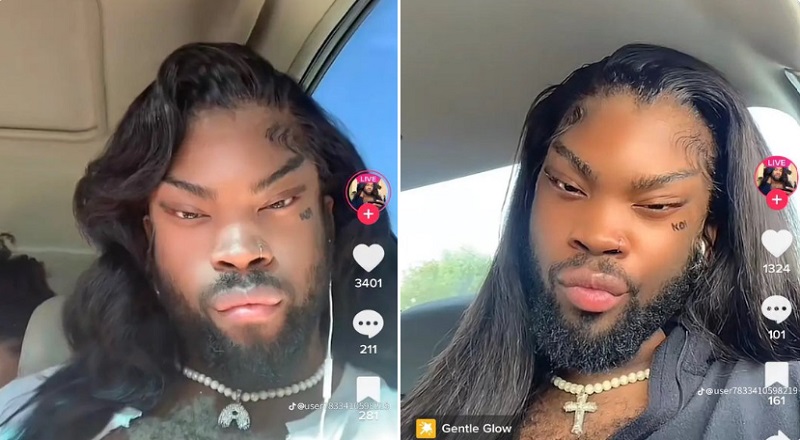 On Twitter, there is a man who has gone viral over his new look. Originally, this man did a TikTok, where he showed off his surgery. Over the past decade, plus, people have gotten all kinds of work done to their faces and bodies. Typically, this includes the chest, the backside, and the lips. Now, there are people out here altering their eyes.

In an era that is all about being a person’s true self and owning their identities, there is more plastic surgery than ever. There are all kinds of surgeries. While women have always had enhancements, men do, too. Not only can men get their areas, “down there” worked on, they can also have surgery to be taller. If that is not enough, men can also have surgery to have muscles.

This man who has gone viral on Twitter is viral for a whole different reason. Instead of being into the muscles, he appears to be more into the feminine aesthetic. As a result, the surgery he had done was on his eyes. On TikTok, the man shared a video where he showed off his newly slanted eyes. Apparently, he had an operation to make this happen. With that being said, people on Twitter are not saying many nice things about what he did to himself. Some are even calling it offensive.

More in Hip Hop News
YK Osiris shows off Drake OVO owl and Usher tattoos [VIDEO]
DaBaby says in new “Boogeyman” song, that he slept with Megan Thee Stallion, the day before she claimed that she was shot by Tory Lanez