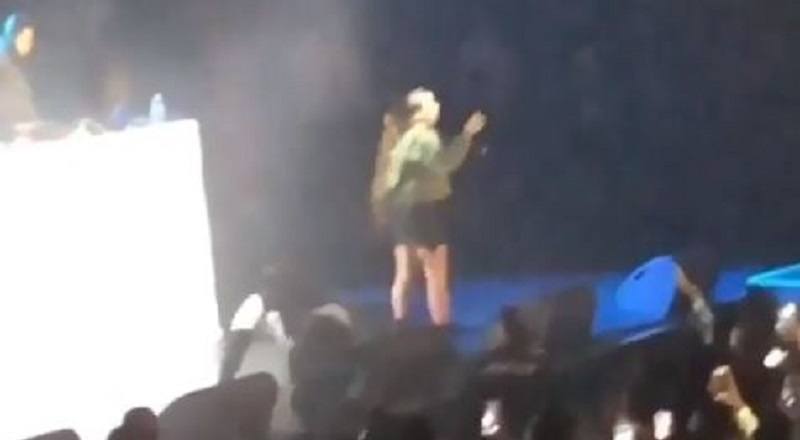 In the mid-2000s, Keyshia Cole rose to fame, and she dropped a series of hits. This span of time saw Keyshia Cole release three albums, as she took over the game. History only talks about Rihanna and Beyonce, but Keyshia Cole was there, holding her own, with just as many hits.

Keyshia Cole has only posted one hit since her run from the mid-to-late-2000s. That hit came, towards the end of summer 2012, in “Enough of Love,” featuring Lil Wayne. However, Keyshia Cole has maintained her reality TV presence, doing “Love & Hip Hop,” last year.

Back to focusing on her music, as Keyshia Cole is reportedly not returning to “Love & Hip Hop,” she did a show. While she was performing “Enough of Love,” Keyshia Cole was in for a major surprise. In the middle of her performance, a man jumped on the stage, over the security.