Home » Hip Hop News » Black man evades four cops on foot, crossing them up, and running off; Cops give up on chasing him [VIDEO] 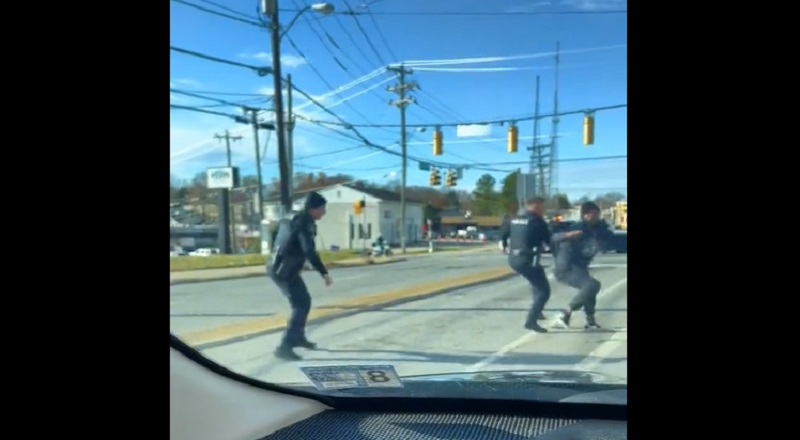 Police chases almost always capture the attention of the public. This latest one is no different, as this man was surrounded by four officers, and on foot. A few weeks ago, there was a man who was running from the police on foot, meanwhile they followed in a cruiser. That man saw he was outnumbered and being outrun, so he turned himself in. However, this man ended up defying all of the odds, and has now gone viral.

The public, as a whole, and their relationship with police officers have been tough. Often, the police are accused of using unnecessary force when apprehending suspects. As a result, law enforcement is often accused of targeting people due to their skin color. This has sparked all kinds of outrage and protest, over the past decade. However, recent footage has shown people of all ages, skin color, and heritage all being treated unfairly by the police.

However, in the case of this man, there is no context given as to what he did to get the police’s attention. What he did after he got the police’s attention is what has people talking. When the man saw he was outnumbered by the law, he didn’t let that stop him. With four officers coming towards him, the man crossed them up like it was a game of basketball. As the officers stumbled, the man was able to run off. When the police saw they couldn’t catch him, they simply gave up.