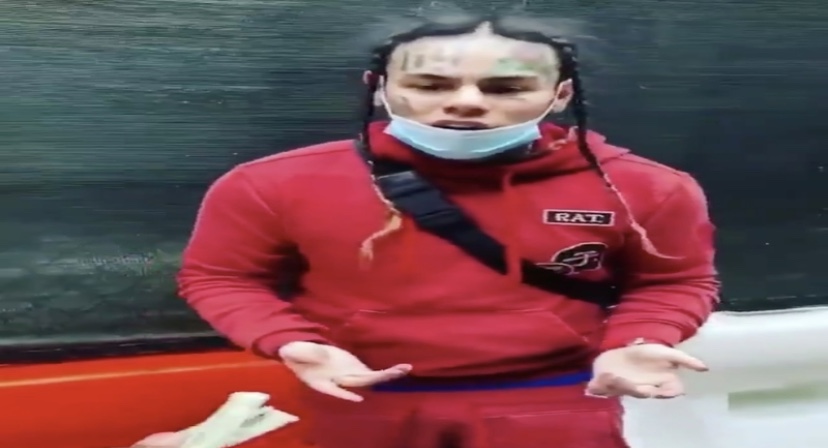 Tekashi 6ix9ine went right back to work this weekend after officially becoming a free man after getting off of house arrest. He filmed the music video for his new “PUNANI” single and immediately put it out on Sunday. That day on Instagram live, he also supposedly dissed Pop Smoke, XXXTentacion, snd Nipsey Hussle.

When 6ix9ine was on live, he was roaming the streets of New York with no security. He did that today too and a video surfaced of someone chasing him in what appears to be a robbery. The man ended up pranking him by saying that 6ix9ine dropped his dollar and that he’s the king of New York.

This video looked very staged based on 6ix9ine’s reaction but who knows? 6ix9ine has since expressed concern for his safety as a free man after snitching on the Nine Trey Bloods in court last September. He got two years in his racketeering case but got credit for time served. Check out the man chasing 6ix9ine below.

Continue Reading
You may also like...
Related Topics:6ix9ine, new york

More in Hip Hop News
Dave East Says He Will Be Training For NBA “Immediately” if J. Cole Makes it on a Team [VIDEO]
Tory Lanez Reportedly Self-Quarantining in Florida With Family After False Reports That He Got Deported Back To Canada; Spotted at a McDonald’s as Well [VIDEO]