Home » Hip Hop News » Man who set himself on fire, in front of the White House, died from his injuries [VIDEO] 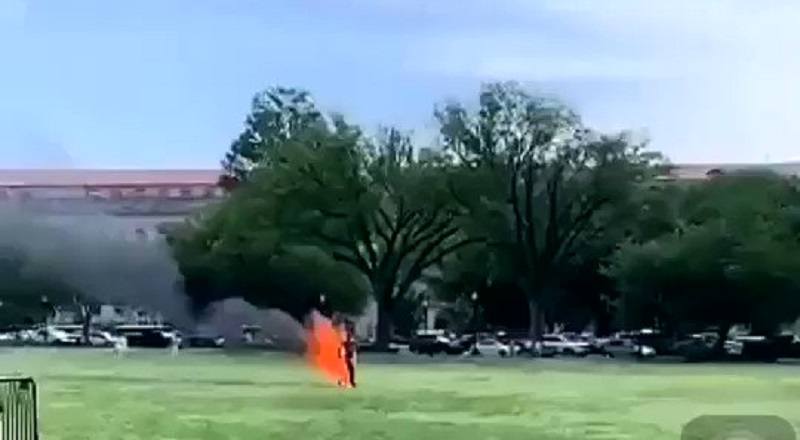 Yesterday, several eye-popping stories took over the news. Among the craziest news was the man who set himself on fire, right in front of the White House. Bizarre things have been happening, in DC, since 2016, especially at the White House.

People were questioning exactly what could inspire a man to set himself on fire. The man ended up running around, despite being completely on fire. Many surmised he had to be on some kind of drugs to not feel any pain behind that.

There is an update on this story, which is pivotal, as it details the man’s fate. After being forgotten for the better part of a day, the man is back in the headlines. Hospitalized since getting the fire off him, the man died from his injuries.