Home » Hip Hop News » Man who tackled Dave Chappelle at Netflix Is A Joke Fest, identified as 23-year-old Isaiah Lee, and is being charged with felony assault with a deadly weapon 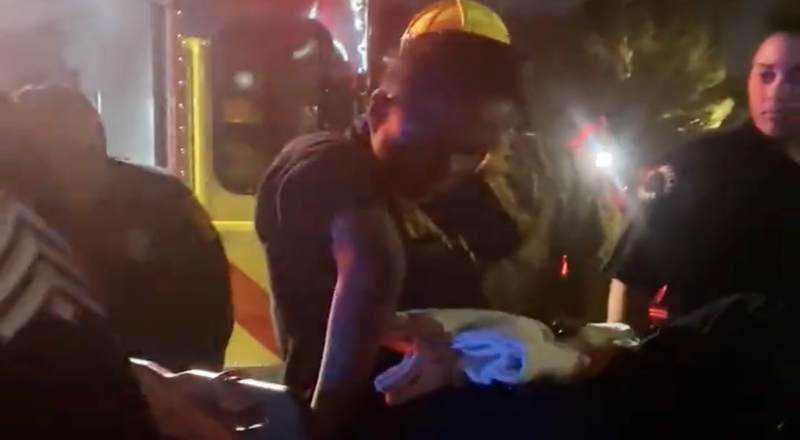 Last night, Dave Chappelle trended heavily, due to his stand-up performance at the Netflix Is A Joke Fest. This event went down at the Hollywood Bowl, in Los Angeles. In the middle of Chappelle’s show, a man in the crowd ran on stage, and suddenly tackled Chappelle. This occurred around 10:45pm PT.

The man ended up being attacked by venue security, as he appeared to be heavily injured, while in the ambulance. This man is also said to have been armed with a knife and gun, at the time.

Now, this man has been revealed as 23-year-old Isaiah Lee, according to Page Six. The LAPD says that Lee is being held on $30,000 bond. For the weapon that Lee had, he reportedly possessed a replica handgun, with an ejectable blade. Lee is being charged with felony assault with a deadly weapon.

Chappelle ended up continuing his show, after the incident. Chris Rock even joined him on stage, and jokingly asked “Was that Will Smith?” Chappelle also joked about the attacker being a trans man.

“Whenever you’re in trouble, Jamie Foxx will show up in a sheriff’s hat,” said Chappelle. “I’ve been doing this for 35 years. I just stomped a n***a backstage. I’ve always wanted to do that.”

Someone attacked Dave Chappelle at his show and his security team left that man looking like Mojo JoJo. pic.twitter.com/pna2642x7G

More in Hip Hop News
Drake follows a man’s wife on IG and DMs her after he insulted his son
J. Cole’s “No Role Modelz” single, from “2014 Forest Hills Drive” album, goes diamond