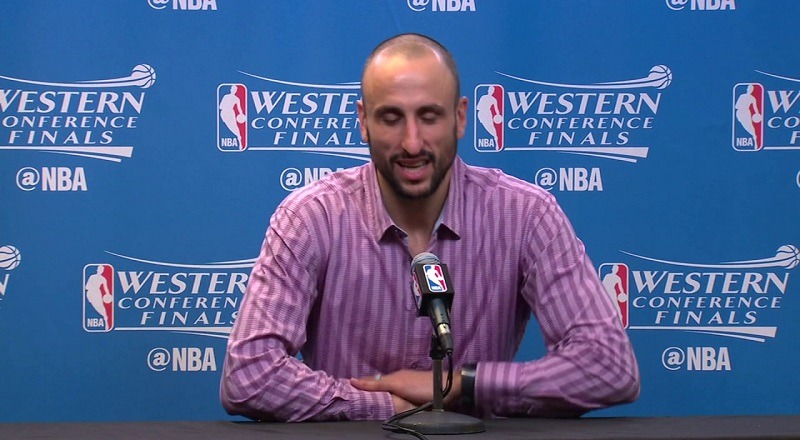 Over the years, Manu Ginobili has become a household name. So, for the kids who grew up watching him, this is a tough one to swallow. After fifteen years in the NBA, Ginobili is retiring, leaving only Tony Parker from those old Spurs’ teams.

The sports world became aware of Manu Ginobili in the 2005 NBA Finals, when the Spurs defeated the Pistons. During that series, Ginobili was the matchup that Detroit had no answer for. From then on, he’s been a powerhouse name in sports.

Last night, Steph Curry also paid homage to Manu Ginobili, as he took the seat for the end of the game. The Warriors were in the midst of blowing the Spurs out, and completing the sweep. After the game, Manu Ginobili talked to the press and let them know he hasn’t decided if he played his final game yet.

More in Hip Hop News
#GameTime | What the Warriors have to do in order to win the 2017 NBA Finals | #NBAPlayoffs [VIDEO]
How Can You Get Tired of R-Mean When He Releases Nothing But Fire?