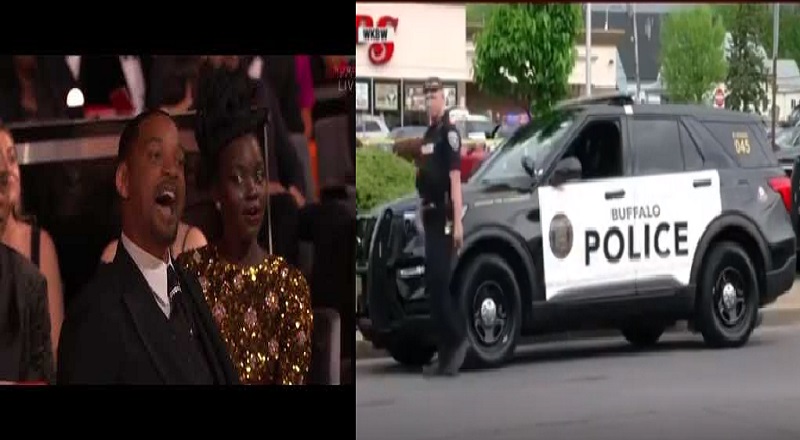 Will Smith slapping Chris Rock at the Oscars was shocking. Seeing Will Smith go on stage and do that during the show surprised people. Yes, it was surprising, and there was a lot to dissect. For well over a month, almost everybody did that. But, over the weekend, Tops Supermarket in Buffalo, New York was the place where ten Black people were shot and killed. The shooter intended to kill those ten Black people, simply due to their race.

From the moment Will Smith slapped Chris Rock, the media was all over it. At this point, Will Smith telling Chris Rock what he told him is embedded in everyone’s memory. For weeks, people waited to hear a response from Chris Rock. While the world waited, comments from Tony Rock, social media activity from Jada Pinkett Smith, and everyone’s opinion drove news. However, the Buffalo shooting is something serious, where lives were actually lost. From the media, there is little to no coverage.

On Twitter, people have taken to Twitter to express their frustration with this. Too often, the media blows up situations that really are not too big of a deal. While Will Smith slapped Chris Rock and the situation was intense, nobody got hurt. At the end of the day, Will Smith and Chris Rock are two multimillionaires who are still rich. In Buffalo, ten people are dead, and there is no coming back from that. From here on out, there are families who will mourn the senseless losses, and no one from the media has spoken up.