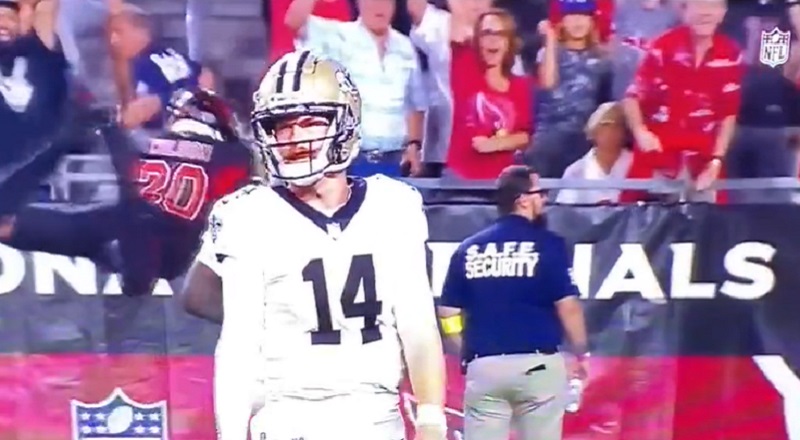 Marco Wilson is currently the hottest name on the internet. Tonight, the Arizona Cardinals took their win over the New Orleans Saints. For the Saints, they got off to a decent start to the season. As of late, the Saints have struggled. In the Cardinals’ win, Marco Wilson came up big. Wilson was so big in the game that he was actually flying, at one point.

Marco Wilson did a little bit of everything, in order to get the Arizona Cardinals the win. His defense, down the stretch, prevented the New Orleans Saints from building momentum. Not only did Marco get the Cardinals the win, on the field, he made sure they were a part of the biggest trending story on social media.

Marco Wilson was not the focal point of this video. Instead, Andy Dalton, of the New Orleans Saints, was the player the camera panned in on. However, right behind him, there was Marco Wilson. Seemingly for no reason, Wilson just came through, almost flying in the air. What exactly is going on is not known, but Marco is trending for it. Meanwhile, Wilson’s Arizona Cardinals got the win.

More in Hip Hop News
STARZ officially announces renewal of “P-Valley,” for a third season
Baha Bank$ drops “Set It Off” Freestyle on Azae’s From The Block Series [VIDEO]