Home » Hip Hop News » Mario shows off his vocal range during “Crying Out For Me” performance, and Omarion looks defeated while watching #Verzuz [VIDEO] 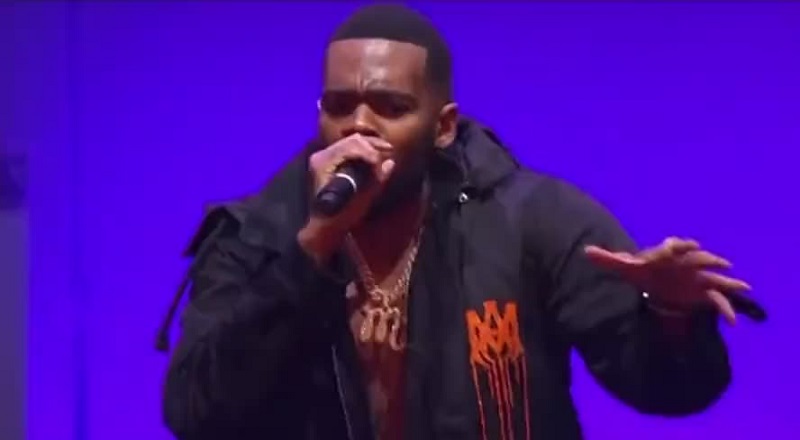 Mario shows vocal range singing Crying Out For Me on Verzuz

Mario is an interesting R&B star, because of the time that he emerged. In 2002, Mario took over the summer with an unexpected single. At the age of 15, 16, years old, Mario remade Biz Markie’s “Just A Friend,” and turned it into an R&B song. As a result, Mario had a summer smash.

Mario was on top of the world, having the success that many felt Omarion would have. While Omarion was running the game, he was doing it as a B2K member. As good as Mario was, “Just A Friend” sounded like a one hit wonder. In 2004, Omarion began making his debut.

Mario suddenly returned, showing he was not a one hit wonder. While Omarion had “O,” which was starting to dominate radio, Mario had a number one hit. As a result, Mario and Omarion were often compared to each other. During the 2008-2009 period, Mario and Omarion both faded from the spotlight. Meanwhile, the 2010s saw Omarion return via “Love & Hip Hop Hollywood,” and Mario return via “Empire.”

Mario and Omarion faced off for Verzuz, in a battle people expected Omarion to easily win. After all, Verzuz is artists going hit for hit, and Omarion has many more hits than Mario. However, with Mario and Omarion being singers, vocals matter. It’s often noted how strong Mario’s vocals are. On the other hand, Omarion’s skills leave more to be desired. Last night, Mario was singing “Crying Out For Me,” and had the crowd into it. As Mario showed his vocals, Omarion watched on. The look on O’s face read “defeat.”

Mario shows vocal range singing Crying Out For Me on Verzuz

More in Hip Hop News
Omarion eats a watermelon during #Verzuz and gets clowned for it
Pleasure P hilariously grinds on woman, making her fall, while Sammie sang during #Verzuz [VIDEO]