Home » Hip Hop News » Marjorie Harvey, Steve Harvey’s wife, is being dragged on Twitter, accused of marrying a kingpin, moving on with his cousin, having kids with both, and then finding Steve 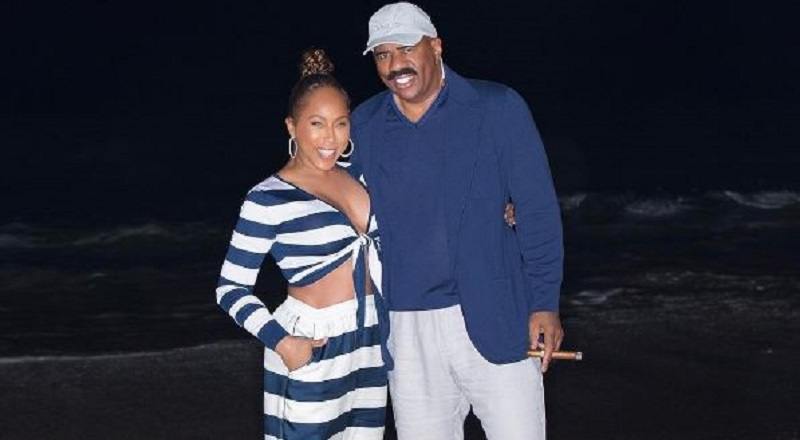 When looking at Steve Harvey and his wife, Marjorie, they look like the model couple. They are literally the people who have it all, working hard for the fame and fortune. Likely, because of this, they have become a target for outsiders to take aim.

Marjorie Harvey has become the focus of some very mean stories on social media. Primarily on Facebook and Twitter, some bold claims are being made about her. A man named Ashton Bam Dixon, on Facebook, is leading the charge.

Whether or not what he is saying is true, there are legions of people believing it. His story, although shared on Facebook, is now being shared on Twitter. In response to this, some very unkind comments are being made about Steve Harvey’s wife and how she ended up meeting the entertainment mogul.

Read the stories about Marjorie Harvey and the tweets below:

More in Hip Hop News
Rihanna celebrates “Sex With Me” and “Love On The Brain” going platinum; Reveals “Work” is now 5x platinum [PHOTO]
Monica pays homage to Brandy, sharing a #TBT photo of her and Brandy from the 1999 Grammy Awards [PHOTO]