Home » Hip Hop News » Marlie Ortiz, Swae Lee’s ex-girlfriend, gets accused of scamming people with her clothing line, as people are complaining about not receiving their orders, and saying Marlie isn’t responding to messages about it 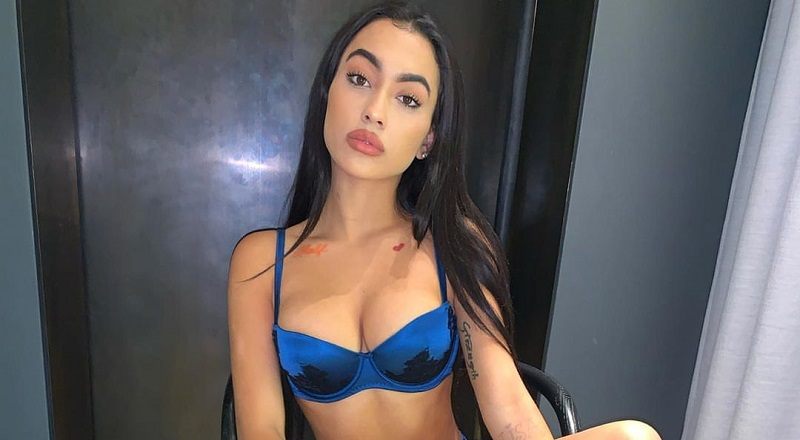 Dating back to “No Flex Zone,” Swae Lee has consistently been one of the most-popular rappers in the game. Last year, Rae Sremmurd reunited for their last album, a triple album. It was a new Rae Sremmurd album, along with solo Swae Lee and Slim Jxmmi efforts.

Swae Lee, aside from the music, finds himself often talked about, due to groupies always mentioning him. Then, there is Marlie Ortiz, his longtime girlfriend, who often blasts him on social media. The two broke up, earlier this year, and it seems like it’s for good.

Marlie Ortiz, like many other celebrity girlfriends, used her time in the spotlight to create a business venture. She has her own clothing line, which has become popular. But, there were people who were commenting on how their orders never came, calling Marlie a scammer, after she ignored messages.

Read the comments about Marlie Ortiz’s clothing line below:

More in Hip Hop News
Summer Walker reposts 6Lack’s defense of her on her IG Story, while saying she didn’t even want to attend the #SoulTrainAwards and that when she agreed to, she wore her regular outfit, hoping to just have a fan seat to avoid people [PHOTOS]
HHV Exclusive: Lemeir Mitchell talks “Black Ink Crew Compton,” tattoos, art, Happy Ice venture, food truck, business, and more