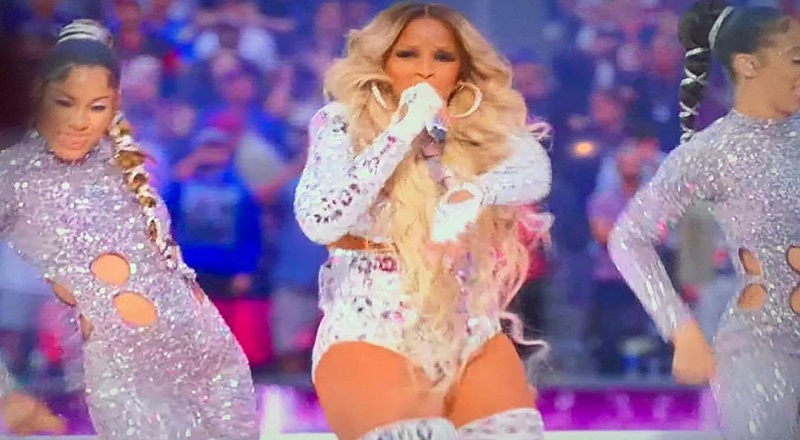 Tonight, Mary J. Blige got back out there, and doing what she does best. She performed at the halftime show, alongside 50 Cent, Dr. Dre, Eminem, and Kendrick Lamar. Mary J. Blige has been working with 50 Cent throughout his career. Currently, she is playing as Monet Tejada on 50 Cent’s show, “Power Book II: Ghost.”

Mary J. Blige is still known for being one of the top R&B singers of all-time. However, it’s been a few years since Mary J. Blige has had the hits she’s capable of having. But, tonight, Mary J. Blige was able to turn back the clock. She came out and performed “Family Affair,” before doing the “No More Drama” intro.