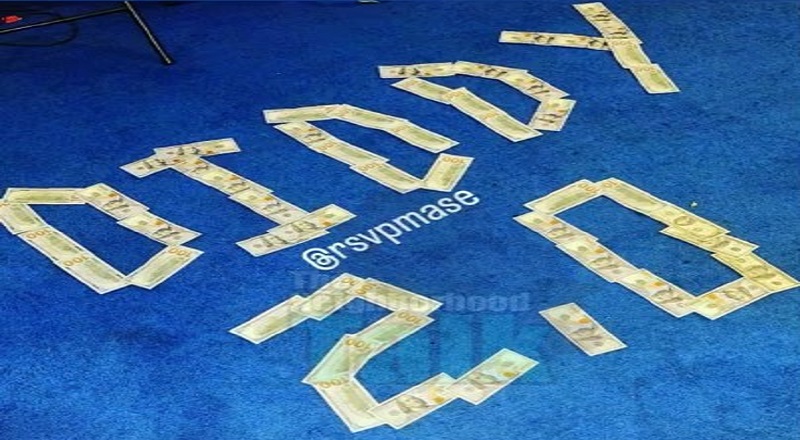 Mase spells out Diddy 2.0 in dollar bills on TikTok

Mase took Harlem World to the top of the world. In the 1997-1998 period, Mase was the biggest rapper in the world. Actually, there was one rapper bigger than Mase was. Puff Daddy was the game’s biggest rapper, but Mase was a close second, and he gave Puffy his 1990s style.

Mase left the rap game, in 1999, at what would have been the height of his career. At the time, Mase decided to enter the ministry, and moved to Atlanta. After five years, Mase came back to the rap game, as a positive rapper. A year later, Mase tried to sign with G-Unit.

Mase eventually returned to hardcore rap. For a time, it looked like Mase would sign with Maybach Music. In the end, Mase turned to the mixtape scene, where he originally rose to fame. Eventually, Mase and Diddy reunited, and did some shows together. After that, Mase put Diddy on blast, accusing him of signing him to a bad contract. Last week, Fivio Foreign went on “Million Dollaz Worth of Game,” accusing Mase of the same thing.

Mase reached out to Gillie Da King and Wallo asking for his own interview. In the promo, Mase is in a video with Gillie and Wallo. During the video, Mase referred to himself as “Diddy 2.0.” This was Mase’s way of mocking Fivio Foreign’s comments about him. After that, Mase’s comments went viral. As a result, Mase went on TikTok and spelled “Diddy 2.0” with his cash, which consists of twenties and hundreds.

Mase spells out Diddy 2.0 in dollar bills on TikTok

More in Hip Hop News
Yung Miami’s mother says her baby is going through it and request prayers [PHOTO]
JayDaYoungan’s father says five men with guns ambushed them, by their house; Fired shots back at men, before they each got hit