Home » Hip Hop News » Masika blasted Ray J, asking how he could have smashed Hazel-E, and Ray confirms he and Hazel had sex, long before he and Princess were together #LHHH #TheConversation [VIDEO] 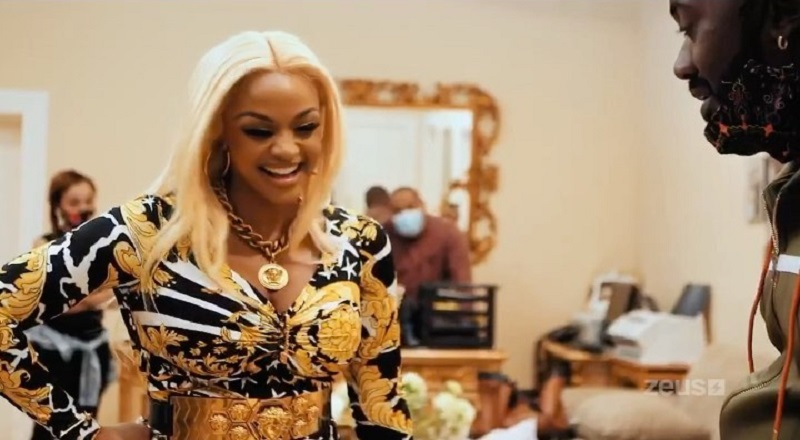 In the six years, since the world has known Masika, she has never been one to back down. Definitely, she speaks her mind, and isn’t afraid to go in on anyone. It was “Love & Hip Hop Hollywood” that introduced most people to Masika, back in 2014.

Back then, Masika was good friends with Hazel-E, but that lasted no time. Most of the time the world has known them, these ladies have been at each other’s throats. The two began feuding over Yung Berg, a man that neither of them are with, or have been since 2014.

Given the time that has passed, Ray J thought it would be good for the ladies, Masika and Hazel-E, to clear the air. The burgeoning businessman, Ray J decided to produce it as a special, for the Zeus Network. Behind the scenes, Masika had jokes, clowning Ray J for smashing Hazel-E, which he confirmed he had sex with her, as both clarified that it was long before Princess Love was in the picture.

More in Hip Hop News
Woman on TikTok, @nursebri_, goes viral for buying her boyfriend a card, earrings, and fixing him his favorite comfort foods, because he was sick, and then Twitter discovers he was cheating on her, as she caught him on a date with another woman [VIDEOS]
Popular IG figure, @hard_body_kid, gets arrested for showing off marijuana he was selling for his dispensary shop