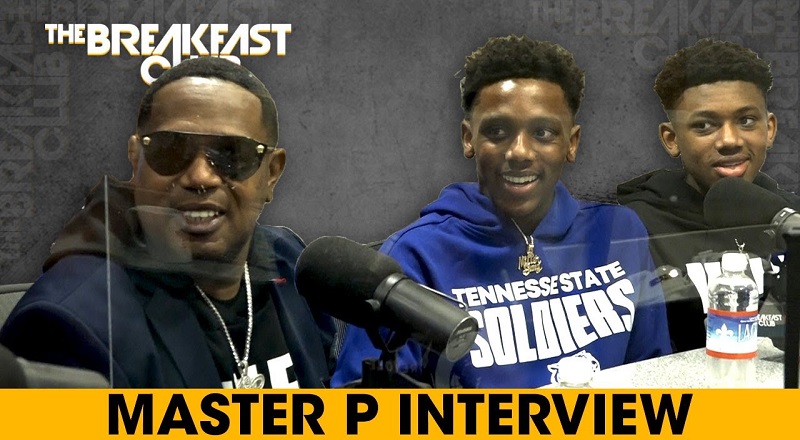 When Master P rose to fame, he was the first hip hop mogul to be recognized for his business moves. In the 1990s, he became a favorite on Forbes covers. Two decades later, Master P is inching to become hip hop’s next billionaire.

Despite the money he made, in the music industry, Master P now prefers products. Heavily investing in the food industry, Master P has put his face and name on nearly everything. Twenty-five years later, P is truly “Mr. Ice Cream Man.”

Master P, along with his sons, Hercy and Mercy Miller, stopped by “The Breakfast Club.” The Millers spoke to DJ Envy, Angela Yee, and Charlamagne Tha God. Their conversation was about basketball, family business, P’s legacy, the need for artist unions, and much more.