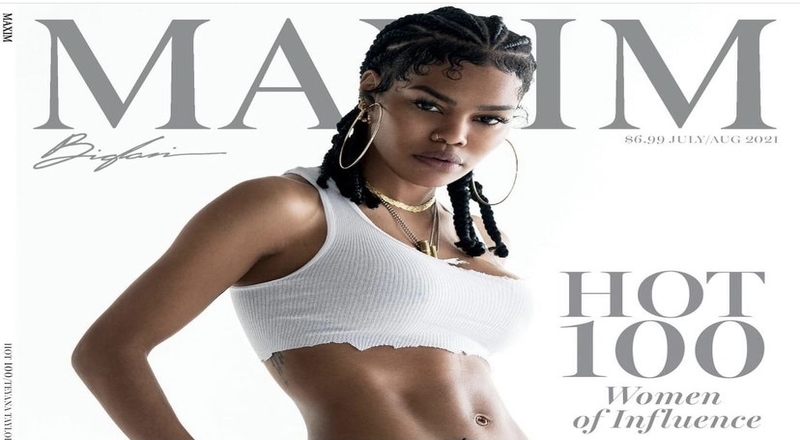 Teyana Taylor is definitely viewed by many as one of the most attractive women in the entertainment industry and also has the body that a lot of women desire. On Monday, she was recognized in a major way as MAXIM magazine listed Taylor as their Hot 100 Sexiest Woman Alive. This also makes her the first Black woman to hit this accomplishment.

In the MAXIM cover story, Taylor is seen with her braided and sporting a white tank top. The Harlem native was also seen with camo pants on. Shortly after the announcement, Taylor took to her Instagram feed to express how grateful she is for this milestone in her career.

“Somebody pinch me!!!! Maxim Hot 100 to be named the ‘Sexiest Woman alive’ by literally living in the skin I’m in. WOW….Stepping back in front of the lens has been a journey of self-reflection and self-confidence. Living up to name and title of this shoot wholeheartedly made me nervous.”

Teyana also detailed how on the day of this photo shoot, she had dropped off her daughter, Junie, off at school. She was seen in this outfit without her hair fully done, but Gilles Bensimon was ready to start shooting with Taylor right away, as he loved how she looked.

Over the last year, Taylor has been making some big moves. Her third studio album, “The Album,” was released last summer, as it debuted at number eight on the Billboard 200 chart. At the end of the year, Taylor was also named Pretty Little Thing’s Creative Director.